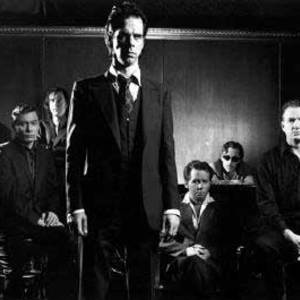 The name of the new project indicated the shift in Cave's role from band member, as in The Birthday Party, to band leader, and coincided with his shift in songwriting style from expressionism to detailed lyrical narrative. The group has been through many personnel changes, with Cave and Harvey remaining the constants.

Cave separated from Lane in the mid-1980s and began a relationship with Elisabeth Recker. While in Berlin, he released four albums with the Bad Seeds: The Firstborn Is Dead; Kicking Against the Pricks; Your Funeral? My Trial; and Tender Prey. Kicking Against the Pricks was the first album to feature the drumming of Swiss Thomas Wydler, who is the longest serving member in the band beside Cave and Mick Harvey.

In 1987, the Bad Seeds made an appearance in the Wim Wenders film, Wings of Desire. In 1990, the band collectively eliminated hard drugs from its diet, relocated to Brazil, and released The Good Son. Their next record, 1992's Henry's Dream, was the first to feature current members Martyn P. Casey and Conway Savage. Following it came 1994's Let Love In.