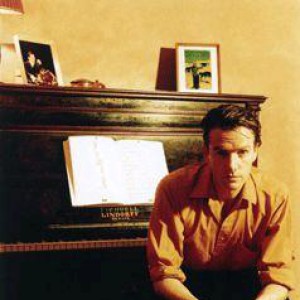 Michael John Harvey (born 29 August 1958 in Rochester, Victoria, Australia), is an Australian rock musician, composer, arranger and record producer. He is best known for his career-long collaboration with the singer and songwriter Nick Cave. A multi-instrumentalist, Harvey plays guitar, bass guitar, keyboards, and drums. Born in rural Victoria, Harvey moved to the suburbs of Melbourne in his childhood.

Born in rural Victoria, Harvey moved to the suburbs of Melbourne in his childhood. His father was a Church of England Vicar and the family lived adjacent to the church, first in Ormond then later Ashburton. Harvey sang in the church choir from an early age. Harvey, his elder brother Philip and younger brother Sebastian all attended the private boys school Caulfield Grammar School. It was at school in the early 1970s that Harvey met fellow students Nick Cave, Phill Calvert and Tracy Pew. A rock group was formed with Cave (vocals), Harvey (guitar), Calvert (drums) and other students on guitar, bass and saxophone. The band played at parties and school functions with a mixed pre-punk repertoire of Lou Reed, David Bowie, Roxy Music, Alice Cooper and the Sensational Alex Harvey Band, among others. Harvey was also a member of the school choir (conducted by actor Norman Kaye), and took extra-curricular lessons from jazz guitarist Bruce Clarke.

After their final school year in 1975 the band decided to continue with friend Tracy Pew picking up the bass. Greatly affected by the punk explosion of 1976 which saw Australian bands The Saints and Radio Birdman making their first recordings and tours, The Boys Next Door, as Harvey's band were now called, began performing fast original new wave material, with Harvey's guitar style influenced by James Williamson of The Stooges and Paul Weller of The Jam and regularly playing pubs from 1977-1980. Rowland S. Howard joined in 1978, bringing a chaotic feedback guitar style to the band.

After recordings and moderate success in Australia (including hundreds of live performances) they headed for London in 1980, changing their name to The Birthday Party and launching into a period of innovative and aggressive music-making, underpinned by Harvey's concise guitar playing.

Harvey's girlfriend Katy Beale followed to London, then the band moved to West Berlin, minus Calvert. Harvey moved from guitar to drums. After the break up of The Birthday Party, Harvey stayed in Berlin and contacted his friend Simon Bonney. Together they reformed Bonney's old Australian band Crime And The City Solution. Howard formed These Immortal Souls, and Harvey played guitar and piano in an early version of that group. Subsequently Harvey and Cave formed Nick Cave and the Bad Seeds, who survive to this day.

After Bonney left Crime And The City Solution for a solo career in the USA, Harvey recorded two solo CDs of Serge Gainsbourg songs, translated from French into English: Intoxicated Man and Pink Elephants. He has also collaborated with UK rock musician PJ Harvey (no relation), and produced other Australian artists including Anita Lane, Robert Forster, Conway Savage and Rowland S. Howard. Harvey's third solo release One Man's Treasure was issued in September 2005.

Harvey now splits his time between Europe and Melbourne. He has one son with his partner, the painter Katrina (Katy) Beale.

Waves Of Anzac (Music From The Documentary) / The Journey

Sketches From The Book Of The Dead