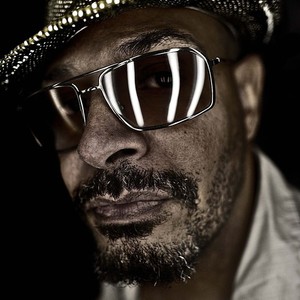 Audio artist Barry Adamson started out as bass player for British punk band Magazine, however, he's since carved more of a name for himself equally for being a founding member of Nick Cave and the Bad Seeds and also for composing a large chunk of the score of David Lynch's Lost Highway. Adamson's solo work varies heavily between Film Noir and classic to industrial rock, whilst taking in everything in between, making him almost impossible to pigeonhole.

Adamson left school and shifted into graphic design attending Stockport Art College[3] but quit shortly after, favouring to venture into the exploding punk rock scene of the late 1970s. He joined ex-Buzzcocks singer Howard Devoto's band Magazine, playing bass guitar, scoring one chart single, "Shot by Both Sides"; in late 1977, he also joined Buzzcocks, as a short-time replacement of Garth Smith. He played on all of Magazine's albums, and contributed to Devoto's solo album and his next band, Luxuria. He also contributed to the studio-based band Visage, playing on the ensemble's first two albums, Visage and The Anvil.

After Magazine broke up, Adamson worked with another ex-Buzzcock, Pete Shelley, before joining Nick Cave and the Bad Seeds. He appeared on five of that band's albums: From Her to Eternity; The Firstborn Is Dead; Kicking Against the Pricks; Your Funeral, My Trial; and Tender Prey. After his stint in the band, he went solo, releasing an EP, The Man with the Golden Arm in 1988, and his first solo album, Moss Side Story, the following year, the soundtrack to a non-existent film noir.[4] The album incorporated newscasts and sampled sound effects and featured guest musicians Marcia Schofield (of The Fall), Diamanda Galas, Roland S. Howard, and former colleagues from the Bad Seeds.[4] Adamson's second solo album was the soundtrack to a real film this time - Carl Colpaert's Delusion, and he would go on to provide sountracks for several other films.[4]

Adamson's third album, Soul Murder, was shortlisted for the Mercury Music Prize in 1992.[4][5]
His solo work is influenced by John Barry, Elmer Bernstein and Ennio Morricone. Later works have included jazz, electronica, soul, funk, and dub styles.
In 2002, Adamson left his long-term label, Mute Records, and started his own 'production home', Central Control International. In 2006, he released Stranger on the Sofa, first for his Central Control International imprint, to critical acclaim. Back To The Cat, his second album for the label, was released in March 2008.[1]

In 2007 it was announced that Magazine would reform for concerts in 2008. Adamson will be part of this and the same line up that recorded Secondhand Daylight will reform, with the exception of the late John McGeoch. McGeoch will be replaced by Luxuria/Apollo 440 member Noko.

Live At The Union Chapel

Know Where To Run

I Will Set You Free

Back To The Cat

Stranger On The Sofa

King Of Nothing Hill

The Murky World Of Barry Adamson

As Above So Below