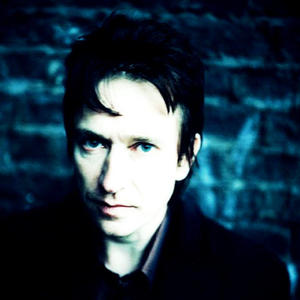 Recoil is the project of Alan Wilder, formerly a member of Depeche Mode. Born on 1st June 1959 in London, England, he is a classically-trained musician and renowned contemporary music producer. Recoil was born in 1986 as a two-track experimental EP.?Simply entitled ?1 + 2', this collection of primitive demos?caught the attention of Mute Records label boss Daniel Miller and was inconspicuously released as a mini-album on 12" vinyl.

Recoil was born in 1986 as a two-track experimental EP.?Simply entitled ?1 + 2', this collection of primitive demos?caught the attention of Mute Records label boss Daniel Miller and was inconspicuously released as a mini-album on 12" vinyl.??An album, Hydrology, soon followed in 1988 and both were eventually re-issued by Mute on CD as Hydrology plus 1+2.??These early Recoil recordings revealed Alan's position as a pioneer in the newly emerging world of sampling technology and demonstrated how he could turn the Depeche sound around to create something entirely new.??Wilder described the project at the time as ?... an antidote to Depeche Mode; a way to alleviate the frustrations of always working within a pop format?.?

Almost immediately, Wilder found himself back in the studio to record what would become the most successful Depeche Mode album to date,?Violator'.?It wasn't until the band finally allowed themselves an extended break after the enormously successful 'World Violation' tour that Alan could return to Recoil - not, however, before agreeing?to produce Ebbhead, an album for label-mates Nitzer Ebb. It was during this time that he cemented a working relationship with lead singer Douglas McCarthy who would return the favour by singing on Recoil's next album,?Bloodline'.

Released in 1992, Wilder recruited guest vocalists for the first time with further contributions from?Curve's Toni Halliday and Moby, helping to produce an album that demonstrated his ability to concoct slow-burning soundscapes drenched in drowsy paranoia. Bloodline also marked the first Recoil single, a cover of Alex Harvey's song ?Faith Healer' as well as the innovative 'Electro Blues For Bukka White', featuring the posthumously sampled voice of Blues-man Bukka White set into a post-modern context - an influential idea later popularised by others.

Between 1992-93 Wilder resumed his Depeche duties as the band recorded the album ?Songs of Faith and Devotion'.? Released to universal acclaim, it topped the charts in the UK, USA, Germany and a host of other countries.? Enjoying hits with ?I Feel You', ?Walking in My Shoes', ?In Your Room' and ?Condemnation', the Mode embarked on their most adventurous tour to date, enduring a gruelling 15 months on the road.??Although the group had reached the pinnacle of success, aspects of the lifestyle had taken their toll on everyone and things eventually came to a head.??In June 1995, having spent 14 years as an integral part of one of the most popular and influential bands the UK has ever produced, Alan Wilder made the difficult but inevitable decision to leave Depeche Mode.

Free from his group commitments, Wilder could now focus solely on Recoil.? In September 1996, he began work in his own studio, ?The Thin Line', gradually piecing together the unnerving scores that would eventually reveal Recoil's next album ?Unsound Methods'. The final results were more impressive than ever. What emerged appeared to take up where ?Songs of Faith and Devotion' had left off. Guest vocalists featured Maggie Estep, Siobhan Lynch, the reappearance of Douglas McCarthy, and Hildia Cambell. The styles of each could not be more removed from one another helping to create a startlingly original and diverse collection. The more organic style of Unsound Methods incorporated every imaginable musical genre from trip-hop to gospel whilst dealing with the subject of obsession in all its manifestations, taking the listener to the edge of unease, through dark, dub-infected landscapes, reverberating with shivering piano, seductive strings and a deep electronic pulse.?

In the Spring of 2000, Recoil gave us Liquid which this time utilised the unique qualities of internationally acclaimed fellow Mute artist Diamanda Gal&aacute;s, 1940's Gospel crooners The Golden Gate Jubilee Quartet, along with New York spoken-word performers Nicole Blackman and samantha coerbell.?The worldwide music press received the Liquid album with a host of glowing reviews and Wilder was awarded the Charles Cros Grand Prix 2000.??Strangely enthralling and genuinely unhinging, Liquid masquerades as the aural equivalent of a disturbing movie. Wilder's intoxicating soundscapes kick up clouds of the same dark dust that falls on David Lynch or Nine Inch Nails, but where others may hammer out their message with histrionic force, his touch is lighter and characteristically more subtle.

Collaborating this time is Blues-man Joe Richardson with his band Joe Richardson Express, whose evocative vocal style is complimented by accomplished guitar and harmonica performances.? Born in Southern Louisiana, Richardson spent years immersed in the murkier side of New Orleans life and offers a unique commentary on conflict, religion, incarceration and personal struggle. English singer Carla Trevaskis, a songwriter in her own right, brings an expressive range and control to SubHuman and has worked with artists as diverse as Fred de Faye (Eurythmics), Cliff Hewitt (Apollo 440) and Dave McDonald (Portishead).

Says Wilder: ?We seem to have learnt nothing from past experiences and our so called ?civilised' world? is still awash with personal and global atrocities.? From suicide bombings in the Middle East, to ethnic cleansing in the Balkans; from the homophobic rhetoric of the Christian fundamentalist preacher, to the activities of Western governments engaged in their ?war on terror'".??

SubHuman asks us to reach within ourselves and extract the very essence of what makes us human - and more importantly what allows us to subordinate others, sometimes with the most brutal consequences.? "We are all 'subhuman' in somebody's eyes."

The Will To Sin