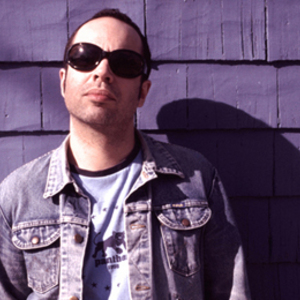 Adam Franklin is a guitarist, singer and songwriter who has played in Swervedriver (1989-99, 2007?present), Shake Appeal (1984-89), Toshack Highway (1999?2003) and currently releases records as Adam Franklin and tours with live band Bolts of Melody. Franklin released Bolts of Melody, his first album under his own name, on 26 June 2007 (his live backing band is also known as Bolts of Melody) and second album Spent Bullets on 31 March 2009.

The third Adam Franklin solo release I Could Sleep For A Thousand Years is set for release early 2010. He also sings and plays guitar in Magnetic Morning, a collaboration with Sam Fogarino from Interpol who release their debut album A.M. on 21 October 2008. He has also been a part of the Sophia collective for a long time now and keeps touring with Sophia until this day.

Black Horses (With Bolts Of Melody)

A Soundworld Of Rain

I Could Sleep For A Thousand Years (With Bolts Of Melody)