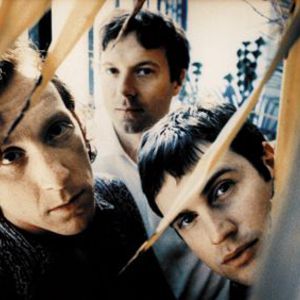 Formed in Boston in 1987, According to Songfacts, Buffalo Tom's name is derived from the band Buffalo Springfield and the first name of the drummer Tom Maginnis. The band epitomized the rise of indie guitar rock in the 1990s, but unfortunately they had only limited commercial success, despite the consistently high quality of their records. While Buffalo Tom never 'officially' broke up, they took a seven year break, starting around 1999/2000.

While Buffalo Tom never 'officially' broke up, they took a seven year break, starting around 1999/2000. During that time while singer/guitarist Bill Janovitz and singer/bassist Chris Colbourn worked on solo material and other projects (Bill with his band, The Crown Victoria, Chris with former Fuzzy singer/guitarist Hilken Mancini). Drummer Tom Maginnis took up a day job in publishing.

In 2007 the trio began playing again and released an album of new material, Three Easy Pieces.