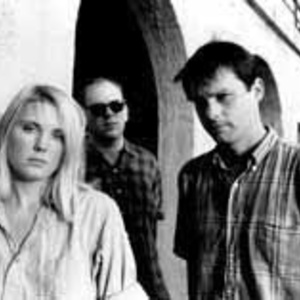 Eleventh Dream Day was founded in 1983 by Rick Rizzo (guitar, vocals), Janet Beveridge Bean (drums, vocals) and Shu Shubat (bass). Shortly thereafter, Baird Figi chased Shubat from the band with tense guitar lines and feedback and Douglas McCombs joined the fray on bass. 1987 saw the release of their debut self- titled ep on Amoeba and the band hit the road to spread the word. Amoeba released both "Prarie School Freakout" and the "Wayne" ep in 1988. New Rose in France released "Prairie School Freakout" in Europe beginning a long and beautiful "menage" with the folks overseas.

Atlantic records took a chance on "alternative music" and signed the band, releasing "Beet" in 1989.

Thus far the band's recordings had served mostly to document the band in a live setting. "Borscht", recorded at Chicago's Lounge Ax and released in early 1990, captured the band's carthartic energy in front of a full house. Rizzo's taut narrative tales were often buried in the scorching guitar lines. On 1991's "Lived To Tell", the band recorded in a Kentucky tobacco barn, attempting to marry that live legacy to a more adventuresome assortment of instrumentation (legal in Kentucky) and enhanced clarity. The grind of endless touring took it's toll on Figi and he left the band in 1992. Replacing him was Matthew "wink" O'bannon who, despite a looser, more bluesy style, introduced his own particular brand of psychosis to the mix. 1992 saw other changes as well- corporate restructuring at Atlantic made for a confused marketing effort and Eleventh Dream Day attempted to exploit a loophole in their contract to depart the label. Incoming honcho Danny Goldberg persuaded the band to stay however, and the band agreed to agree. In the meantime, the "Two Sweeties" ep came out on the German City Slang label featuring recordings that would soon be re-recorded and released on what was the band's most crafted ablum yet- and it's last for Atlantic- "El Moodio". "El Moodio" was the result of a band that had toured endlessly, honing and individual sound and cohesiveness. The band had never worked harder in the studio and were confident that they had a record that was uncompromising to their essence, yet commercially viable. Within months, the band was dropped and "El Moodio" joined its brethren in the cut-out bins and taken out of print.

Eleventh Dream Day decided to take its ball and go home. Live performances and rehearsals came to an end, but the songwriting continued, albiet in an altered fashion. The band completed "Ursa Major" (Atavistic) in just a few days of recording and it had a decidedly different, farther reaching style. Between recording and mixing, O'Bannon left the band permanently for his old Kentucky home. Since then, the band has been made up of the core of Rizzo, McCombs and Bean and has been abetted in its rare live appearences by John McEntire and Yo La Tengo's Ira Kaplan. On Eighth, Eleventh Dream Day continued to push st its boundries, no longer trying to represent a "live" performance and taking more liberty to expand the interpretation of their songs. Members of the band continue to work on their own projects, McCombs and Bean are up to their ears in Tortoise and Freakwater respectively, and Rizzo has recently recorded with Red Red Meat and Edith Frost in addition to a tour with Palace.

Eleventh Dream Day is still here and making music. They recently released "Zeroes and Ones", 2006. If there was a good reason to quit ,they would. Gone are the days of wine and roses and cathartic, sweaty live shows. Here is now.