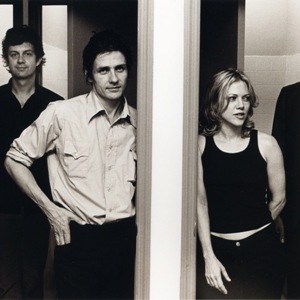 1) Luna was an American band formed in 1991 by Dean Wareham after the breakup of Galaxie 500. Described by Rolling Stone magazine as "the best band you've never heard of." Luna combined intricate guitar work, traditional rock rhythms and poetic lyrics to elegantly capture the romance of the late night. 2) Luna was a new wave band from Novi Sad, Serbia, formed by poet Slobodan Ti&scaron;ma in 1981, after the breakup of Ti?ma's earlier band, La Strada.

3)Luna is a well-known Dutch Hardstyle/Hardcore producer and deejay. His scene breakthrough came when he was discovered in 1999 by Q-Dance. He has played at many famous events, such as Sensation Black, Defqon.1, In Qontrol and many more.

4) Luna was a Spanish "tecno-pop" group from the region of Castilla Y Le?n, active during the height of the "La Nueva Ola ("The New Wave") in the early 1980s. The group released only one full-length album on M.R. Records and a handful of singles, only one of which was not related to the initial self-titled LP in 1983.

6) Luna is the solo project of peruvian singer Natasha Luna. But Now is Only "Natasha Luna, changes your tags.

7) LUNA is the sole member of the circle GUNFIRE who arranges Touhou songs.

Tell Me Do You Miss Me

Shade Of The Night (With E-Force) (CDS)