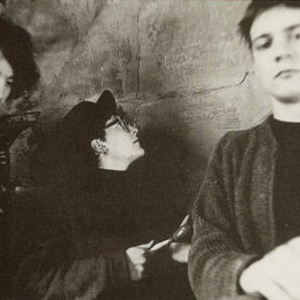 Beat Happening was a seminal indie rock band which formed in 1982 in Olympia, Washington, United States. They consisted of Calvin Johnson (vocals, guitar), Bret Lunsford (guitar, drums) and Heather Lewis (drums, guitar, vocals). The band was signed to K Records, which Johnson formed in 1982 to distribute the band's music but later released music by such seminal indie artists as Modest Mouse, Beck and Built to Spill, and distributed the music of the like-minded English label Sarah Records.

The band has been inactive since 1993, but the band members insist they still practice at least once a month. The band did manage to release one single since then, 2000's "Angel Gone".

Beat Happening began recording in 1983 after several years of performing. While on a trip to Tokyo, the band members recorded "Three Tea Breakfast", an EP that established the band's reputation. "Beat Happening" (1985), their full length debut, was critically acclaimed, as was "Jamboree" (1988). By the release of "Dreamy" in 1991, Beat Happening was one of the most popular bands in the indie rock community, leading to their pivotal role in the International Pop Underground Festival, which brought anti-corporate rock its earliest mainstream acceptance. In the 1990s, the members of Beat Happening have moved on to various related projects, though in 2000 they released the "Angel Gone" single, their first new recording in eight years.

A Beat Happening box set, "Crashing Through", was released in 2002.

Calvin Johnson was one of the founders of seminal indie rock label k records. The label has been championed by many, including the late Kurt Cobain, who tattooed the K Records logo on his arm. The label achieved modest success and continues to hold its independent integrity, claiming to have been "exploding the teenage underground into passionate revolt against the corporate ogre since 1982"

Music To Climb The Apple Tree By

You Turn Me On