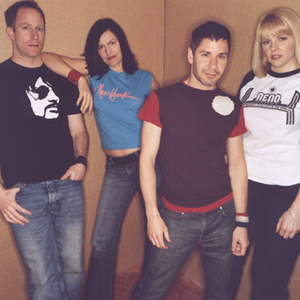 Imperial Teen was formed in San Francisco in 1995 by Roddy Bottum (keyboard player for Faith No More), Lynn Perko, Jone Stebbins and Will Schwartz. A pop aesthetic of crunchy guitar riffs and classic boy/girl harmonies quickly developed, finding all four members switching off on instruments and taking turns behind the mic. The band had barely been playing together for six months when they landed their first record deal (London / Universal) and found themselves in the studio.

The result was the amazingly fresh and joyous Seasick, which tickled the fancy of many a critic and music fan alike, with its infectious pop grooves standing out in a musical climate dripping with grunge. After several unforeseen roadblocks (label inertia, recording delays) Imperial Teen went on to release "What Is Not To Love" in 1999, and managed to garner even more praise and adoration worldwide. Their latest album "The Hair The TV The Baby & The Band" was released in 2007 by Merge Records.

Now We Are Timeless

The Hair the TV the Baby & the Band

What Is Not To Love