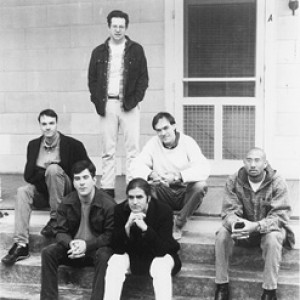 The Connells are an American band from Raleigh, North Carolina. They play a guitar-oriented, melodic, power pop style of rock music, with introspective lyrics that reflect the American South. Despite many lineup changes, the band is still together. Guitarist Mike Connell formed the band in 1984, along with his brother David Connell on bass, Doug MacMillan on vocals, and future filmmaker John Schultz on drums.

Guitarist Mike Connell formed the band in 1984, along with his brother David Connell on bass, Doug MacMillan on vocals, and future filmmaker John Schultz on drums. This initial four-person line-up was quickly supplemented by the addition of George Huntley on second guitar, keyboards, and vocals. Around the same time, former Johnny Quest drummer Peele Wimberley replaced Schultz, finalizing the "classic" line-up of the band.

From the beginning of the group, Mike Connell wrote both the music and the lyrics of the majority of the band's songs, although he was not the band's primary lead singer. Connell's influences included the 1960's guitar pop of his childhood, including The Byrds and The Beatles; in an early interview, he stated that the first song he wrote as a teenager was titled ?Psychedelic Butterfly."

Like Peter Buck of R.E.M. and Johnny Marr of The Smiths, Connell and Huntley played Rickenbacker guitars for the first several years of the band's career, creating a jangly, folk-rock sound reminiscent of The Byrds and other Southern U.S. and North Carolina bands of the era, such as the dB's and Let's Active.

A re-recorded version of ?Darker Days? provided the title track to the band's debut album, which was produced by fellow North Carolinian Don Dixon and released in 1985 on Elvis Costello's Demon Records in the UK and the band's own Black Park Records label in the U.S.

After touring heavily behind Darker Days, the Connells re-entered the studio in 1986 with Dixon and R.E.M. producer Mitch Easter to record their second album, Boylan Heights. The decision to work with Easter continued to perpetuate the comparisons to R.E.M.


Although the band shopped Boylan Heights to various labels, the major record companies, including Columbia Records, which expressed some mild interest, passed on it; the record was ultimately released in 1987 on mid-major TVT Records, which had made its name releasing a series of "Tee Vee Toons" television theme song compilation CDs. TVT would prove to be no commercial match for R.E.M.'s own mid-major label, I.R.S. Records, and over the next decade, The Connells would engage in a series of disputes with the label, on at least one occasion suing, unsuccessfully, to break their recording contract.

Despite the problems with TVT, Boylan Heights was a substantial college radio hit, and The Connells continued to tour relentlessly. During this period, both Connell and Huntley began to move away from their twelve-string Rickenbackers towards six-string Fender and Gibson guitars, leading to a heavier, less folky sound on Fun and Games, the 1989 follow-up album.

Fun and Games was quickly followed in 1990 by One Simple Word, which was recorded in Wales with U.K. producer Hugh Jones.

After a three-year recording hiatus, which included more legal jousting with TVT Records, a rejuvenated Connells released Ring in 1993. While European music fans made Ring a platinum record outside the United States, such high level success in America remained elusive. 1996's Weird Food and Devastation failed to build on the momentum established by its predecessor.

In 1998, the band released Still Life, which marked their final album for TVT. The band released Old School Dropouts on the revived Black Park Records label in 2000. The band recorded the record themselves and promoted it sparingly in the American South.

Peele Wimberley and George Huntley have since left the band. Wimberley briefly played with another band called Parklife, and then moved to Los Angeles to pursue interests in Hollywood and in electronic music. He is currently a member of the Los Angeles band, The Lamps.
Huntley is now selling real estate and working part time at the University of North Carolina music department.