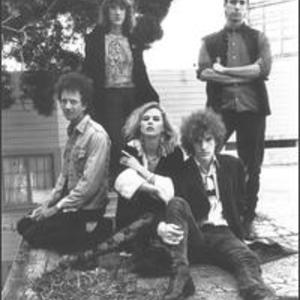 Game Theory began in 1982 in Sacramento, California. The band, which could be classified as a power pop or jangle pop group with both new wave keyboard touches and loose ties to the paisley underground scene, was led by vocalist and guitarist Scott Miller (formerly of the band ALRN (aka. Alternate Learning). With his crystalline, if slightly adenoidal, voice, and apparently bottomless songwriting ability, Miller has often been compared to Alex Chilton of Big Star.

Unfortunately his projects, like those of his hero (and many other cult musical figures), have never experienced much commercial success despite receiving almost universally positive reviews.

One critic, Joe S. Harrington, in his list of the 100 Greatest Albums of All Time (which included a broad range of artists (e.g. Captain Beefheart & His Magic Band, John Coltrane, Babatunde Olatunji and Public Enemy, to name just a few) called Miller "rock's greatest artist ever, and its ONLY true living 'genius.'" Game Theory's best known album, 1987's double LP Lolita Nation, earned 4th place in the list, while their next, Two Steps From the Middle Ages, took 12th. After that album's commercial failure, Miller broke up the group at the turn of the decade and founded his next band, The Loud Family.

Across The Barrier Of Sound: PostScript

2 Steps From The Middle Ages