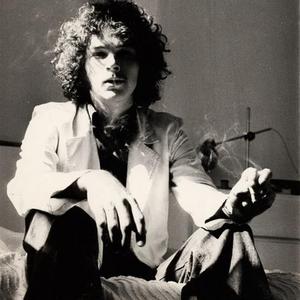 Chris Bell (January 12, 1951?December 27, 1978) was a singer, songwriter, and guitarist born in Memphis, Tennessee. Along with Alex Chilton, he led the power pop band Big Star, which recorded albums during the early 1970s. Chris Bell left the group after their first album, #1 Record, but contributed some music and lyrics to their second LP, 1974's Radio City. He recorded as a solo artist for the remainder of the 1970s; two of these influential solo recordings, "I Am The Cosmos" and "You And Your Sister," were released on a 1978 single on Car Records.

These two songs became popular among collectors of Big Star-related items, and they were later covered on the 1991 Blood album.

Bell began to concentrate on solo work after leaving Big Star, recording demos at Ardent Studios and Shoe Recording in Memphis with old friends including Richard Rosebrough, Terry Manning, Bill Cunningham, Ken Woodley, and occasionally Chilton and Jim Dickinson. During the late 1970s, a few of Bell's pop song lyrics began to evince influences from his newfound interest in Christian spirituality. He worked at his father's restaurant as he grappled with clinical depression. Although he released the single in 1978, none of his solo material was released on a full length album during his lifetime. Bell died in December 1978 when he lost control of his small Triumph sports car, sometime after 1 a.m. on the morning of the 27th, on his way home from Ardent Studios. The car struck a wooden light pole on the side of the road, killing him instantly. His funeral was held the next day, December 28th, the birthday of former bandmate Chilton.

Bell's music and that of Big Star became popular with alternative rock musicians in the 1980s through word of mouth. Well known artists including R.E.M. and The Replacements began touting the recordings of Big Star as significant works. Finally, almost 14 years after his death, the songs from his Car Records single and several of his other 1970s recordings were released on 1992's I Am the Cosmos full-length CD on Rykodisc.

I Am The Cosmos