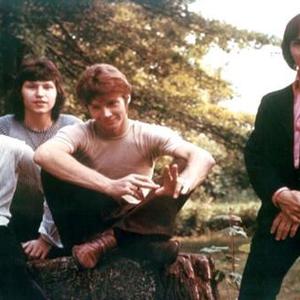 The Raspberries were a rock and roll band from Cleveland, Ohio. They had a brief run of success in the 1970s, but are considered highly influential in the power pop genre . Heavily influenced by the British Invasion era, and its mod sensibility, they helped pioneer the power pop style. Producer Jimmy Ienner was responsible for all the Raspberries' albums, which often attempted to replicate Phil Spector's ?Wall of Sound.?

The Raspberries wore matching ensembles on stage. The group was somewhat ridiculed for making its stage entrance in tuxedos and large bouffant hairdos which, according to Carmen, ?complemented the style of our music?.