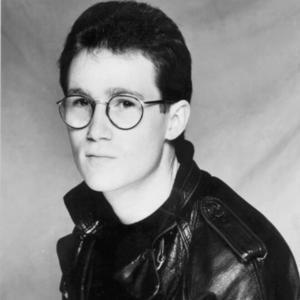 Marshall Crenshaw (born November 11, 1953 in Detroit, Michigan) is an American singer, songwriter and guitarist. He grew up in the suburb of Berkley. Crenshaw began playing guitar at age 10 and got his first break playing John Lennon in the off-Broadway company of a musical, Beatlemania. While in New York, he recorded a single for Alan Betrock's Shake Records, Something's Gonna Happen, after which he was signed to Warner Bros. Records. Robert Gordon took Someday, Someway to #76 in 1981, and Crenshaw's version made #36 the next year.

His first album, Marshall Crenshaw, was acclaimed as a pop masterpiece upon release, proving Crenshaw a first-rate songwriter, singer and guitarist. His second album, Field Day, sported a somewhat heavier sound which displeased some listeners, but Field Day is regarded by many critics as Crenshaw's best album, and one of the classic power pop statements, although Crenshaw's work, like Alex Chilton's, transcends the genre. "Some of the stuff I've done you could call power pop," he told an interviewer. "But the term does have sort of a dodgy connotation."

Although Marshall Crenshaw has never sold enormous numbers of records, he enjoys a reputation as one of the finest songwriters of the era, with roots in classic soul music, British Invasion songcraft, Burt Bacharach and Buddy Holly -- to whom Crenshaw was often compared in the early days of his career, and whom he portrayed in the 1987 film La Bamba. In 1989 he compiled a collection of Capitol Records country performers of the '50s and '60s called Hillbilly Music...Thank God, Vol. 1, which was extremely well-received. In 1993 he made an appearance in the cult TV show The Adventures of Pete and Pete, in the role of a guitar-playing meter reader. In 1994 he published a book, Hollywood Rock: A Guide to Rock 'n' Roll in the Movies. He continues to record, and in 1999 released the critically acclaimed #447.

Crenshaw has recently been playing guitar with the reunited members of the MC5.

Whats In The Bag

The Best of Marshall Crenshaw: This Is Easy

I've Suffered For My Art