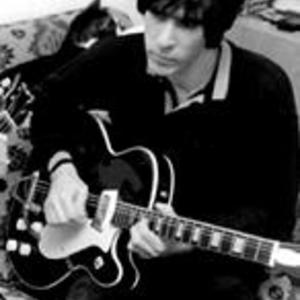 ?Think back on it all? - goes the opening line of Kenyon Walls, the first track on Richard X. Heyman's new debut-album-that-never-was Actual Sighs, and an apt way to begin a musical journey through Richard's past, present and future. One might cheekily observe that it was twenty years ago today (or rather, this year) ? 1986 ? that Richard X. Heyman released his first indie disc, Actual Size, a collection of six of his finest songs recorded on an 8-track Tascam machine in a home studio, the same one on which Richard would subsequently record his classic album Living Room!!

Living Room!! took on a life of its own after Richard was described as ?an undiscovered treasure? in a Rolling Stone review of the album, leading to his signing with Cypress/A&M, who re-released Living Room!! in ?89, and then with Sire/Warner Bros., who released his second album Hey Man! in ?90, which Stereo Review cited as Album of the Month. Cornerstone came out in ?98, garnering stacks of praise from the music press, a featured interview in Goldmine magazine, as well as another Album of the Month in Stereo Review. 2001's Heyman, Hoosier & Herman, with Peter Noone crooning the track Hoosier, had Rollingstone.com rave ?hooks galore and ebullient melodies, and lyrics revealing the emotional power that pop can pack into its brevity?. Richard's fourth full-length CD, Basic Glee was called ?one of the finest records of 2002? (Listener Magazine), his ?most tuneful and soulful set yet? (Stereo Review Sound & Vision), ?impossibly catchy? (The Illinois Times). Said The Chicago Tribune: ?An exemplary tunesmith ? Heyman creates something fresh from his influences rather than parroting them.? Richard's fifth, Rightovers, was released to the RXH fan club only in ?03, and via the internet to the general public in ?04. Said the All Music Guide: ?at his best, Heyman's level of craft actually approaches that of the Fab Four?a listen to Heyman's fifth album, Rightovers, offers plenty of evidence that he is truly one of the past, present and future masters of smart power pop?Rightovers is just as strong and every bit as enjoyable as one of Heyman's ?real' albums?anyone who loves a great melody and a killer hook will fall in love with this disc.?

A prolific songwriter, Richard has a backlog of songs that have never gotten their moment in the sun ? not through any dearth of confidence in their quality, but more due to lack of space, time, money, etc. There are pages of lyrics in Richard's files for which (alas) Richard can no longer recall the tunes and cabinets full of cassettes in the Heyman household ? ?work tapes? ? with snippets of melody which have never been turned into full-fledged songs. But then there are the ones that have lived on in both Richard's and wife/bassist Nancy's musical memories, many of them written in the Actual Size era, that have survived the test of time -- the ones whose moment has finally come. Richard felt it was time to give these early works -- plus the original six tracks from Actual Size --another shot at the limelight. The royal RXH treatment. Altogether, they comprise Actual Sighs, Richard's would-have-been-first album.

So here you have it, the resuscitated, rejuvenated Actual Size, now rechristened Actual Sighs, boasting twenty songs ? re-recordings of the original six plus fourteen more newly recorded tunes. Produced by Richard and engineered by Nancy, the tracks were mixed by Ed Stasium (an old New Jersey friend of Richard's who gained international recognition for his work with such luminaries as The Ramones, The Smithereens, Living Colour and Marshall Crenshaw) and long-time Heyman engineer Tony Lewis, who's mixed Richard's previous three releases.

Here's a nutshell bio: Richard started banging on things when he was five, got a full drum kit when he was seven, and was astounding audiences with his chops by the time he was twelve. He picked up guitar and piano in his teens, which was also when original songs started popping into his head. Richard went solo in his twenties, although he's found time to lend his amazing drumming skills to such great artists as Brian Wilson, Link Wray, Jonathan Richman and the Left Banke's Michael Brown, composer of Walk Away Renee. He also played keyboards for the legendary Ben E. King. His influences are as varied as Bernstein to The Beatles, Richard Rodgers to the Rascals, and the Blues to the Byrds. On the live front, Richard leads his own band on guitar and keyboards.