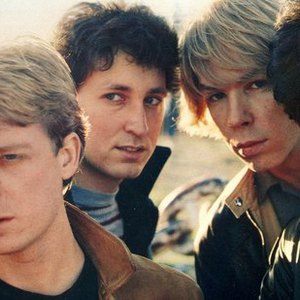 20/20 was formed in Tulsa, OK, by high school friends Steve Allen (guitar, vocals) and Ron Flynt (bass, vocals). They relocated to Los Angeles in 1977, adding Mike Gallo on drums, and began playing local clubs. Greg Shaw, the head of Bomp! Records, was impressed with their highly charged power pop and signed them to his label in 1978. The resulting single, "Under the Freeway," created enough interest in the band to secure a deal with Portrait Records.

They added keyboardist Chris Silagyi and recorded their first LP, 20/20. "Cheri" from the album saw some minor regional success but the album was virtually ignored apart from critical acclaim. The follow-up, Look Out! (1981), was equally strong but again failed. The band was dropped by Portrait in 1982 and effectively disbanded. They returned in 1982 with the independently released Sex Trap, but by this time, their sound was out of style and the band finally called it quits. A revived interest in the genre in the '90s inspired the band to reunite, contributing a few new songs to Big Deal's Yellow Pills compilations and recording a new album, 4 Day Tornado, in the fall of 1995 on Oglio Records. 20/20 returned in August of 1998 with Interstate. AMG by Chris Woodstra

Strange Side Of Love (Vinyl)

Giving It All (VLS)