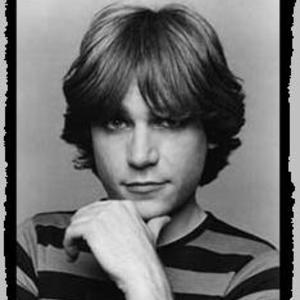 Phil Seymour, born Philip Warren Seymour on May 15, 1952, is best remembered as one-half of the creative force behind the Dwight Twilley Band, co-writing, with Dwight Twilley, some of the finest pop songs of the era, including the classic "I'm on Fire." After two albums (1976's Sincerely and 1978's Twilley Don't Mind), Seymour left to pursue a solo career. While waiting for a recording deal, he began recording solo sessions, as well as contributing session work for Tom Petty, 20/20 and Moon Martin.

In 1980, he signed to Boardwalk Records after selling the label on a batch of demos recorded with fellow Tulsa, Oklahoma natives 20/20. His self-titled debut was well received at the time (the single "Precious to Me" made it to number 22 on the pop charts) and has become highly revered in power-pop circles as one of the landmark albums of the era.

He followed in 1982 with Phil Seymour 2, a less satisfying album both creatively and commercially. Seymour was left without a label when Boardwalk president Neil Bogart died shortly after the record's release. In 1984, he joined Carla Olsen's Textones, drumming and singing on their Midnight Mission album for A&M. While supporting the album, Seymour was diagnosed with lymphoma. He returned to Tulsa, carrying on at a diminished pace and recording infrequently, until the disease took his life in August of 1993 while he was preparing a new album. The new songs recorded between 1991 and 1992 were included in Capitol/Right Stuff release titled: Precious To Me The Best Of Phil Seymour that included two tracks from Seymour's last recording session. The #9 cut: "The First Mistake I Ever Made" and his remake of the Beatles' "I Need You". Both were produced by Phil Seymour and W. Russell Scott aka professionally as Scott Russell.

If You Don't Want My Love