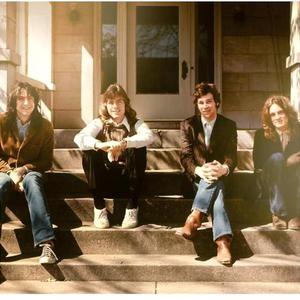 Big Star's albums are often cited as a prime example of power pop. Drawing upon pop music traditions ? especially The Beatles, The Byrds, The Kinks, The Zombies, Badfinger, The Who, Moby Grape, The Beach Boys and Free ? Big Star's music was lyrical, powerful, and at times melancholic pop for the post-1960s generation. Their approach not only recalled the British Invasion groups but the spare, relaxed style of Stax Records, the Memphis soul label, as well as the edgy rockabilly of early Sun Records. In an era of singer-songwriters and heavy-metal groups, they played melodic, concisely written songs. Their reputation, negligible in 1974 beyond a small coterie of admirers, has steadily grown, and they are today considered one of pop's classic groups.

Big Star was formed in 1971 in Memphis, Tennessee, United States by guitarist/vocalist Chris Bell, bassist Andy Hummel, drummer Jody Stephens, and guitarist/vocalist Alex Chilton. All four at times contributed to the songwriting and lead vocals, with Chilton and Bell singing and writing the majority of the early songs as a team modeled after Lennon and McCartney's collaborative style. Chilton, a former teen pop idol, and Bell had a musically fruitful but difficult relationship. The band's first two albums had a string of great reviews but sold almost nothing, not helped by Stax's struggle to know how to sell a bunch of white guys playing retro rock. The failure to break through was a huge blow to Chilton and Bell, and their relationship deteriorated, and by the time their third album Third/Sister Lovers came around, Bell had left to pursue a solo career that was cut short by his untimely death.

Chilton and Stephens have toured since 1993 under the Big Star name with Jon Auer and Ken Stringfellow of The Posies in the band. This lineup released the album In Space in 2005.

On March 17th, 2010, Alex Chilton passed away in a New Orleans hospital at the age of 59. Big Star was scheduled to play at SXSW that week. Andy Hummel died of cancer in Weatherford, Texas, on 19 July 2010 .

Big Star has gained more recent exposure with bands like Superdrag, Weezer, R.E.M., The Replacements, Primal Scream, The Posies, Bill Lloyd and The dB's citing them as an influence. Three of Big Star's albums, Radio City, #1 Record, and Third/Sister Lovers were included in Rolling Stone magazine's "500 Greatest Albums of All Time" in 2003.

Big Star's biggest champions have been Teenage Fanclub who have been involved in re-issuing some of their work and even named one of their albums after one Big Star's most affecting songs, "Thirteen". It was a song covered live on occasion by Elliott Smith who was clearly influenced by Chilton's vocal style (the similarities in the higher vocal register are notable there and on Give Me Another Chance and I'm In Love With A Girl). The Bangles also scored a hit in the 80s with their cover of "September Gurls". Cheap Trick have recorded several covers of "In The Street" for use as the theme song for the sitcom That '70s Show.

Paul Westerberg wrote and recorded ( with his band, The Replacements) the song "Alex Chilton", which contains the line, "I never travel far, without a little Big Star." Westerberg lists Chilton as one of his greatest influences, and has covered "September Gurls" live, both solo and with his band.

Nothing Can Hurt Me

Keep An Eye On The Sky CD4

Keep An Eye On The Sky CD3

Keep An Eye On The Sky CD2

Keep An Eye On The Sky CD1