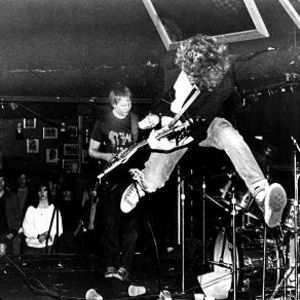 The Replacements were an alternative rock band which formed in Minneapolis, Minnesota, in 1979. The band originally started off as a punk band who began to incorporate folk and power-pop influences in their sound to become one of the leaders of the early alt-folk set and one of the flagship bands of the American 80's post-punk scene, as well as a major influence on 90's indie rock. The band was wild and vivacious, featuring vocalist and guitarist Paul Westerberg and Chris Mars the drummer as well as the Stinson brothers Bob playing guitar and Tommy playing bass.

The band was wild and vivacious, featuring vocalist and guitarist Paul Westerberg and Chris Mars the drummer as well as the Stinson brothers Bob playing guitar and Tommy playing bass.

They were infamous for their hard drinking lifestyles and their ragged stage performances, notorious for coming to shows too drunk to play very well at all, or sometimes just performing entire sets of covers.

The sound of this band showed off the very best of independent rock n' roll. More than possibly any other band since the Rolling Stones, the Replacements embodied the spirit of rock n' roll, from their raucous performances, drug addictions, charismatic and romantic frontman, and wild, basic rock n' roll songs. At any given time, almost any list of "The Best Rock Albums Of All Time" will include either the album Let It Be or Tim, and usually both. Their sound started off as a classic-rock influenced punk style, to a melodic hardcore sound reminiscent of local buddies H&uuml;sker D&uuml; and progressed into a (relatively) straightforward but heartfelt rock style with a number of highly soulful ballads from the heart of Westerberg to round out the mix.

The band broke up in 1991, after the loss of both Chris Mars and Bob Stinson. Westerberg and Mars both have solo careers, and Tommy Stinson formed several bands, like Perfect and Bash and Pop, and now plays bass for Guns and Roses and Soul Asylum.

The Pleasure's All Yours: Pleased To Meet Me Outtakes & Alternates