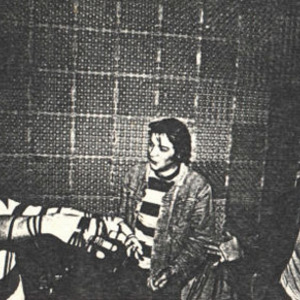 Wipers were a punk rock group formed in Portland, Oregon, United States in 1977 by guitarist Greg Sage, drummer Sam Henry and bassist Dave Koupal. Wipers were one of the earliest American purveyors of the genre, and the group's tight song structure and use of heavy distortion has been hailed as extremely influential by numerous critics and musicians (including Nirvana, who covered several of their songs), laying the groundwork for the evolution of alternative rock from punk.

The idea behind the Wipers started off as only a recording project. The plan was to record 15 LPs in 10 years without touring or promotion of any type. Sage's thoughts were that the mystique built from the lack of playing the traditional rock & roll promotion game would make people listen to their recordings much deeper with only their imagination to go by. He thought it would be easy to avoid press, shows, pictures, interviews. He looked at music as art rather than entertainment; with that concept in mind he thought music was personal to the listener rather than a commodity.

"I think I got that concept early on as a kid. I was very lucky to have my own professional record cutting lathe when I was in 7th grade due to my father being involved in the broadcast industry. I would cut records for friends at school of songs off the radio and learned the art of record making long before learning to play music. I would spend countless hours studying the grooves I would cut under the microscope that was attached to the lathe and loved the way music looked, moved and modulated within the thin walls. I might have spent too much time studying music through a microscope because it gave me a completely different outlook on what music is and a totally opposite understanding of it as well. There was something very magical and private when I zoomed into the magnified and secret world of sound in motion. I got to the point that I needed to create and paint my own sounds and colors into the walls of these grooves."
Greg Sage's first choice of instrument was bass guitar, because of the low tones that made larger grooves in the vinyl records due to slower modulations. Unfortunately, basses were harder to find and much more expensive when Sage was in grade school, so he had to go with guitar instead. After several years of playing and recording guitar he felt he wanted to do something different in music, and being labeled as a band seemed to be the first tradition and standard he should try to avoid. He wanted to make his own recordings, manufacture and run his own label himself without anyone else's financing in order to keep the music as pure and unfiltered as possible. In fact, in 1979, Sage approached several young Portland punk bands and asked them to record singles for his new [lable]Trap label. Some of those early bands were Stiphnoyds, Neo Boys and Sado-Nation. Sage later re-released some of that material on a compilation record entitled History of Portland Punk.

Sage realized that his initial ideas of conduct would be near impossible for him, due to the fact that to most record labels it was first and foremost business to them. Being such an independent artist was an oddity. Sage says he learned that it is almost impossible to be a true artist in the sense he started off with, and that survival was to learn to compromise. These realizations influenced Sage wanting The Circle album to be the last Wipers album.

Wipers' first single, Better Off Dead was released in 1978 on Sage's own Trap Records. Their first album, Is This Real?, came out the following year on Park Avenue Records, a larger label which the band hoped would offer them wider distribution. Originally recorded on a 4-track in the band's rehearsal studio, the label insisted the band use a professional studio. Once released, the LP quietly gained a cult following, although the band was best known for their live shows around the Portland area.

In 1980, through Park Avenue Wipers released the Alien Boy EP, consisting of the title track and three demo outtakes. Released without the band's permission, the EP was the first of many unauthorized and bootleg Wipers records. In fact, Wipers never received royalties from these early releases until Sage's Zeno Records reissued them as a triple-CD in 2001. Sage has said regarding Is This Real?: "Hell, that record was in print for over twenty years and we never received a cent for it."

Though Is This Real? defied categorization upon its release, its catchy, driving punk anthems are now regarded as post-punk classics. Uninterested in more of the same, Sage tweaked and evolved the band's sound with each subsequent release. Sage became known for not only his do-it-yourself ethic and guitar solos, but also for his domineering approach to the band's creative process. With the new rhythm section of bassist Brad Davidson and drummer Brad Naish (ex-Styphnoids), Wipers' recorded a second LP for Park Avenue.

With its epic title track and generally longer song lengths, 1981's Youth Of America stands in sharp contrast to the short/fast punk approach of the time. Following a dispute over the cover art for their Youth of America Wipers parted ways with Park Avenue for good.

The next LP, the militant, distortion-drenched Over The Edge, was the first Wipers record to meet with immediate acceptance. The single Romeo, which had already been released earlier on 7" by Trap, actually got some radio airplay.

The band then embarked on their first extensive tour, documented on the excellent 1984 Live LP. The band members purposely relied on word-of-mouth advertising for their albums, often rejecting interviews, and played far fewer live shows than many of their punk contemporaries.

Many of the recording techniques and musical equipment were designed by Sage and the band.

In the mid-80's, Wipers made the jump to Enigma Records subsidiary Restless Records, one of the biggest independent labels of the time signing punk-related bands. First to be released was Sage's solo album Straight Ahead.

Over the next few years they released three more LPs on Restless, the first being 1986's Land of the Lost which featured the song Let Me Know used in the Keanu Reeves film River's Edge. Copies of this album are highly sought after collectibles. They then released Follow Blind in 1987 and The Circle intended to be the band's last album. 18-year-old drummer Travis McNabb joined the band for the tour for the The Circle (later joining Better Than Ezra).

Meanwhile, several alternative rockers became vocal about their admiration for Sage, such as The Melvins, Mudhoney and Dinosaur Jr. The most notable was Kurt Cobain, whose band Nirvana covered Wipers songs and asked Sage to open for them on tours. Never wanting to be opportunistic and never wanting to draw attention to himself, Sage politely turned down the offers.

In the early nineties, Sage relocated to Arizona and, in 1995, at the revived Wipers with the release of Silver Sail, followed by The Herd in 1996 and Power in One.

All Wipers activity ceased in 2001.

Sage later remarked on their initial reception: "We weren't even really a punk band. See, we were even farther out in left field than the punk movement because we didn't even wish to be classified, and that was kind of a new territory. [...] When we put out Is This Real?] [?] it definitely did not fit in; none of our records did. Then nine, ten years later people are saying: 'Yeah, it's the punk classic of the '80s.'"

Land Of The Lost