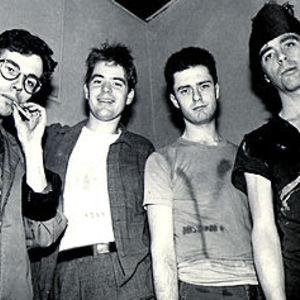 Mission of Burma is an American post-punk band formed in Boston, Massachusetts in 1979. The band was formed by Roger Miller (guitar), Clint Conley (bass), Peter Prescott (drums) and Martin Swope (tape manipulator/sound engineer). Miller, Conley and Prescott share singing and songwriting duties. Like many of their post-punk contemporaries, Mission of Burma's efforts are largely concerned with extending punk's original vocabulary without losing its essential rebellious spirit.

Using rapid shifts in dynamics, unconventional time signatures and chord progressions along with tape effects, Mission of Burma challenges the prevailing idioms of punk while attempting to retain its power and immediacy.

In early years the band's audience was limited to the Boston area, with all their recordings released on the small Boston-based record label Ace Of Hearts. Despite initial success, Mission of Burma disbanded in 1983 due to Miller's development of tinnitus caused by the volume of the band's live performances. The band released only one album in its original form, Vs.. Mission of Burma reformed in 2002, with Bob Weston replacing Swope, and has since recorded two more albums, ONoffON and The Obliterati.

Their wall-of-noise musical sound extended the vocabulary of punk while continuing to hold clear its sense of power and abandon. They used a number of tape effects, different chord progressions, and time shifts to highlight their formal training in music. Not only that but they are seen now as a highly influential band to both post-punk and experimental music to come after; many bands cite Burma as an inspiration, including Nirvana, Superchunk, Creed, The Grifters, R.E.M. (who regularly covered "Academy Fight Song" on their Green tour), Sonic Youth, Throwing Muses, Yo La Tengo, Soul Asylum, Pixies, Sugar, Catherine Wheel, Guided by Voices, Graham Coxon and Moby - the last two of which have covered ""That's When I Reach for My Revolver."

The band were due to tour in 1980 with Joy Division but the suicide of Ian Curtis, Joy Division's singer, canceled the tour. In 1983, after releasing their only full-length studio record Vs., the group disbanded due to Miller's worsening tinnitus.

The band found increasing relevance throughout the 90s, culminating in the publication of Michael Azzerad's essays Our Band Could Be Your Life which featured Mission of Burma. In 2002, they reunited and began playing reunion shows with Bob Weston of Shellac (and formerly Prescott's Volcano Suns bandmate) replacing Swope at the mixing board and tape manipulation. In an interview Miller relates that "when we approached Bob Weston to fill Martin's position, we told him he could use current digital technology which accomplishes Martin's antics in an easier fashion. However, Bob opted for maintaining the original integrity, and uses a tape deck."

The Sound The Speed The Light

A Gun To The Head: A Selection From The Ace Of Hearts Era