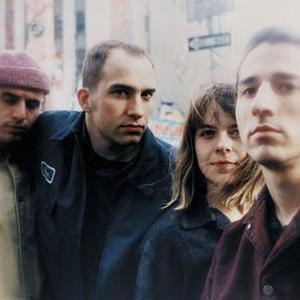 In their eight-year existence, Jawbox released four studio albums of increasingly skillful post-punk, not necessarily carrying the torch of their Washington DC, elders (Minor Threat, Embrace, Rites of Spring), but instead building on the tradition of Chicago's thriving early-'80s scene (Big Black, Naked Raygun, Effigies). Highly and perhaps unfairly scrutinized for being the first act to leave ?ber-indie Dischord Records, the band proved cynics wrong by releasing two excellent LPs for Atlantic that easily surpassed their Dischord output, all the while retaining their integrity and creative control.

Ex-Government Issue bassist J. Robbins formed Jawbox in the summer of 1989. Deciding to switch to guitar and vocals, the first lineup was filled out by friends Adam Wade on drums and Kim Coletta on bass. Their first recording, a self-titled four-track 7" EP, was released in the spring of 1990 on their own DeSoto imprint.

Immediately after having written 12 new songs, the band headed into Inner Ear with engineer Eli Janney (Girls Against Boys) to record their debut LP for Dischord later that year. Not regarded as a blunder in hindsight by the band, but still seen as an unfocused recording, Grippe is nonetheless a record that rewards repeated listening, despite its formative nature.

Shortly after the recording of Grippe, the band considered adding a second guitarist to the lineup. Drummer Wade obliged by introducing Bill Barbot of Clambake, which promptly broke up, enabling Barbot to join the fold. Adding Barbot as second guitarist immediately opened windows for the band, allowing for a more texturized sound and providing another strong creative force for the group.

In January of 1992, Jawbox recorded Novelty with producer Iain Burgess, who had worked on some of the band's favorite records. A moodier affair than Grippe, the dual force of Robbins' and Barbot's guitars is sacrificed in the mix, leaving the listener a bit frustrated. The songwriting is improved and more varied. It was regarded as a marked improvement over the band's debut.

Adam Wade soon left the band to join fellow D.C. scenesters Shudder To Think. Jawbox superfan Zach Barocas had recently moved from New York to D.C. to attend university, and he had been rooming with Coletta. Wanting to concentrate on his studies, Barocas hesistantly dragged out his drum kit and soon found himself a member of one of his favorite bands. Adding a unique, jazz-inflected touch to the band, including remarkable creative input, Barocas made the songwriting process more organic than before.

During the punk/alternative band shopping spree of the early '90s that took place in lieu of the signings of underground heroes Nirvana and Helmet, Atlantic Records came a-courting, and the major label-leery band weighed its options intensely. Having been a self-sufficient machine from day one, the band outlined its needs and wants before signing on the dotted line. Being control freaks, the band signed a contract that refused tour support and retained all their independent powers. Signing to Atlantic enabled the foursome to treat Jawbox as a full-time endeavor, and it also allowed them to take their dynamite live show to previously unvisited countries. Needless to say, these were all moot points to a fair amount of "indie-or-death"-minded fans, and the move engendered sour grapes among some of their close-minded admirers. One "fan" wrote to wish them death in a fiery van accident, and another quoted the Clash's "Complete Control," painfully unaware that they weren't on SST or Touch and Go, but a highly corporate outfit as well.

Most of the songs for their major-label debut had been written prior to Atlantic's involvement with the band, and the presence of Barocas solidified what Robbins referred to as a "mystical communication" within the band. With the help of Ted Nicely, Jawbox recorded For Your Own Special Sweetheart, a phenomenal record that easily stands as one of the best releases to come out of the fertile D.C. scene of the '80s and '90s. A thoroughly excellent recording from top to toe, its genesis was surely aided by the increased studio time the band had due to their major label contract.

An onslaught of touring surrounded the release of Sweetheart (the band regularly toured eight months a year), exposing the band to its regular crowds and some new ones, thanks to an opening stretch with labelmates Stone Temple Pilots. Minimal MTV rotation for a couple videos introduced Jawbox to a select few, but the record went shamefully unnoticed outside of the usual indie community.

Jawbox recorded their fourth LP in the winter of 1995/1996 with John Agnello, who had worked with everyone from Earth, Wind and Fire to Chavez. A somewhat glossy sheen pervades Jawbox, but the incessant touring gave way to a band capable of playing magically together in their sleep. Thankfully, the record is still the work of a vital, passionate band. The songs are nearly as good as those on Sweetheart, but the polished sound sacrifices some of the blood and sweat that likely went into the recording. If it was an attempt to be more accessible to radio, it didn't work; despite the customary critical approval, Jawbox went DOA in the shops with unfamiliar consumers.

Yet more touring ensued through the beginning of 1997. In April of that year, the band decided to call it quits, a decision based on a culmination of several events. Least among them was being dropped by their label; chief among them was Barocas' decision to move back to New York for film school. Robbins quickly formed Burning Airlines, eventually inviting Barbot along for the ride. Barbot and Coletta continued to run DeSoto Records, who released My Scrapbook of Fatal Accidents, a solid package of odds and ends. Barocas also became a part of the Up on In.

In december, 2009 Jawbox reunited briefly for an appearance on a late night television show in celebration of the reissue of For Your Own Special Sweetheart.

For Your Own Special Sweetheart