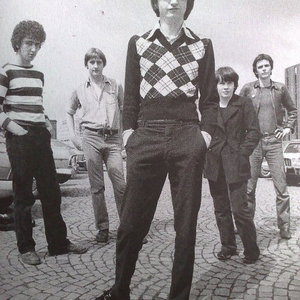 Famously described by John Peel as being "always different, always the same", The Fall were formed in Manchester, England in 1976 during the punk era although their style quickly evolved into something more idiosyncratic. The one permanent fixture amidst the Fall's ever-changing line-up is Mark E. Smith. Smith's lyrics are free, unboxed and unpredictable, touching on an extremely wide range of subjects and places and caring little for being tied down to easily digestible messages.

Smith's singing can put off some people, but others find it a uniquely expressive instrument. Smith is not a conventionally great vocalist, but his keen sense of rhythm, his energy and personality more than make up for this.

The Fall's music changes depending on the line-up at a given time. Always experimental, Mark E. Smith has claimed to invent several musical genres, including house music; "we were doing that years ago" and even the internet. "He told me I didn't understand, that we were from the bleak industrial wastes of North England, or something, and that we didn't understand the Internet. I told him Fall fans invented the Internet. They were on there in 1982." One thing that is for sure is that The Fall (and their fans) have always pushed the boundaries, and never been afraid to experiment.

The Fall were a favorite group of DJ john peel, recording 24 sessions for his BBC1 radio program over the years.

The Fall's back catalogue consists of 29 studio albums, and is very fragmented with a seemingly endless number of compilations and semi-official live albums.

In 2006, British music-critic Dave Simpson published an entertaining account of a journalist's attempt to track down all 43 former members of The Fall in the Guardian. Many previous members have been fired, often with little or no notice. Simpson's ongoing effort was subsequently described at greater length in his book "The Fallen" (2008). His effort to track down the final unaccounted stragglers of at least 50 previous members of The Fall - including drummer Karl Burns - continues in his blog. Having decried Simpson's book as a "hatchet job" in the pages of Pseud. Mag., a Fall fan-mag, Mark E. Smith countered in short order with his autobiography "Renegade: The Lives and Tales of Mark E. Smith" (Viking, 2008/Penguin 2009).