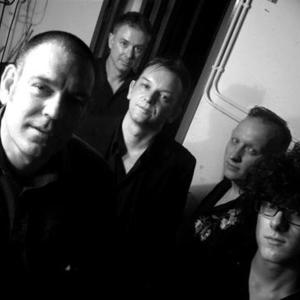 Nightingales are a British punk/alternative band (often mis-tagged as The Nightingales despite the majority of releases not having a 'the' and the band themselves' protests) formed in November, 1979 in Birmingham, England. Original members were Robert Lloyd (vocals) and Joe Motivator on guitar, both formerly of The Prefects, with Eamonn Duffy on bass and Paul Apperley on drums. The band, before spilting up in 1987, played more sessions on John Peel's Radio 1 show than any other band exculding The Fall

During the early 90's Robert Lloyd was signed up by Virgin Records and continued to record music with his backing band The New Four Seasons for a short while.

The band reunited to issue four 7-inch singles in 2004, and their first three albums were reissued in 2005. Recent live appearances include a radio session for Marc Riley's Rocket Science on BBC 6 Music, on 10 June 2006, in addition to a number of gigs around England.

The band also played American music festival South By Southwest in March 2005, alongside dates in Chicago and New York City, the bands first ever American dates.

What's Not To Love?

In The Good Old Country Way