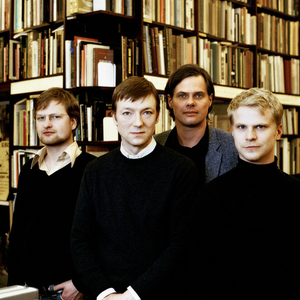 Blumfeld was a German indie-pop band and one of the most important bands of the 'hamburger schule'. It was founded in 1990 They had their first success with the album 'Ich-Maschine' in 1992, which was one of the first albums becoming popular that had German lyrics after many years of mostly English lyrics in German pop history (similar to the events back in the days of the "neue deutsche welle"). Their latest and final album is called 'Verbotene Fr?chte'. On January, 22nd 2007, bandleader Jochen Distelmeyer announced the decision to split the band (in peace) after their final 2007 tour.

The name of the band was coined by the main character of the short story "Blumfeld, ein ?lterer Junggeselle" ("Blumfeld, an elderly Bachelor") by Franz Kafka.