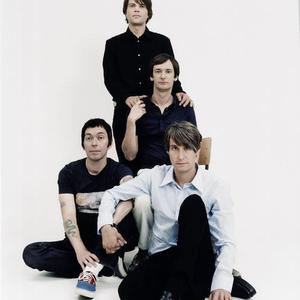 Tocotronic is a German rock band formed in 1993. Similar to Blumfeld or Die Sterne, Tocotronic not only innovated German language rock music, but also inspired a number of later bands, such as Wir sind Helden. Their influence on pop culture is widespread, from fashion (Tocotronic made the combination of 1970s style track suit tops with cheap second-hand ad-shirts famous in Germany) to the playful and weird look of their early records.

Tocotronic are from Hamburg and are released on L'Age D'Or, together with Die Sterne - forming the so-called hamburger schule ("Hamburg school"). However, they dislike this classification; they rather like to see their music as "discursive-rock", which emphasizes their rather intellectual approach to pop music.
Despite having never been overly commercially successful, Tocotronic have a steady fanbase in Germany and their records have been reviewed in mainstream newspapers and music magazines alike.
The band members are bassist Jan M&uuml;ller, drummer Arne Zank, and guitarist and singer Dirk von Lowtzow. Starting with the album "Pure Vernunft darf niemals siegen" a new guitarist and keyboard player, Rick McPhail, has joined the band. He used to play with Tocotronic at live shows before.

The Best Of Tocotronic