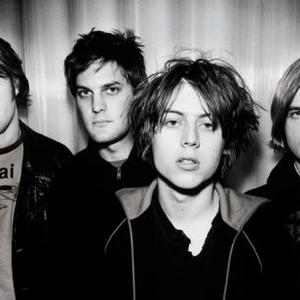 The Vines are an Australian alternative rock band originally formed as Rishikesh in 1994 in Sydney. They play a musical hybrid of 1960s garage rock and 1990s alternative music. Until 2011, their line-up consisted of vocalist and lead guitarist Craig Nicholls, rhythm guitarist Ryan Griffiths, bass guitarist Brad Heald, and drummer Hamish Rosser. In December of 2011, former Channel V presenter Jane Gazzo confirmed via Twitter that Griffiths and Rosser had been "sacked" from the band.

They appeared on the cover of Rolling Stone in October 2002 (the first Australian band to do so since Men at Work in 1983) with the words "Rock is Back: meet the Vines" boldly emblazoned underneath. Referred to as the 'The' bands, The Strokes, The Hives, The White Stripes and The Vines combined "old fashioned punk and adrenaline fuelled riffs" to be ushered in at the beginning of 2002 as the "saviors of rock".

The Vines have been moderately successful in the Australian recording industry, winning an ARIA in 2002 for Breakthrough Artist and receiving nominations for six other awards in as many years. In 2003, their debut album Highly Evolved went double platinum in their home country of Australia, and since then the band has released three albums and a "Best-Of" compilation from their time at Capitol Records.

The band started to record their 5th album in February 2010. The album recording was completely finished in mid March, with mixing taking place in Sydney at the end of March and mastering taking place in early April. The album, "Future Primitve," was releasd in June 2011.