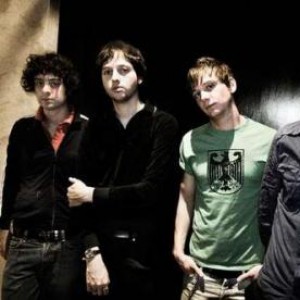 Five O'Clock Heroes are a New Wave influenced rock group currently based in New York City. Singer, Antony Ellis, is originally from Northampton in the UK. They first formed in 2003, and to date have released five singles and two albums, Bend to the Breaks and Speak Your Language. The band will be releasing their third record (and first proper American release), "Different Times", on February 15th, 2011. Filter Magazine debuted the new album's first single "Rough Boys" in September.

Signed in the UK to their own label Glaze Records and in Europe and Japan to PIAS, the band have received critical acclaim from the likes of NME, Drowned In Sound and musicOMH.com.
[edit]


The band cite the likes of Elvis Costello, The Police, Joe Jackson and Dexys Midnight Runners as major influences, and have made a name for themselves, particularly in the UK, through charismatic and energetic live performances. Support slots with The Rakes, Brendan Benson, The Bravery, The Paddingtons, Jet and Albert Hammond, Jr. have ensured their music has reached a considerable audience.

Bend To The Breaks