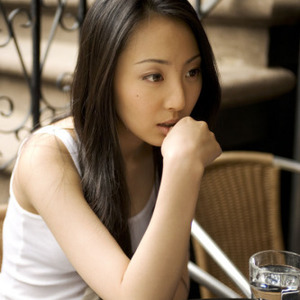 There are three different artists with the name 'Mink.' The first is a female Korean singer, the second is a NY-based rock group and the third a NZ Band. First one: mink ("Made In Korea") is a female Korean J-pop singer. Her real name is Mi Kyung Lee, she was born 1984 in South Korea, and is of Korean ethnicity. Upon traveling to Japan in her early teens to continue her education, she was discovered after she submitted a demo to Avex Trax, one of Japan's leading J-pop labels. Her initial success occurred in Japan with the release of her first two albums.

First one:
mink ("Made In Korea") is a female Korean J-pop singer. Her real name is Mi Kyung Lee, she was born 1984 in South Korea, and is of Korean ethnicity. Upon traveling to Japan in her early teens to continue her education, she was discovered after she submitted a demo to Avex Trax, one of Japan's leading J-pop labels. Her initial success occurred in Japan with the release of her first two albums. Although mink was born and raised in Korea, she does not sing in Korean. She originally did not show her face on her albums, instead replacing her pictures with an anime-like character, but this changed with recent releases. She has shown herself in her music videos, however.

In 2005, her song "Beautiful" was used for the film "INITIAL D THE MOVIE" and featured on her debut album.

In 2006 her song "Glory of Life" was released and licensed to Rhythm Zone/King Street Records and remixed by Chris Cox, John Creamer and Stephane K. "Glory of Life" hit the number one position on the U.S. Billboard Hot Dance Club Play chart. A second single "4 Love" was scheduled to be released to the U.S. in April 2006, but was later canceled (although it was still released in Japan). Mink is the one of the first Asian Artists to have any sort of number one single in the US, some others being Koda Kumi (with Trust Your Love) and Utada Hikaru ( with Devil Inside), all following the footsteps of Sakamoto Kyu with his #1 US chart hit Ue o Muite Aruko (Sukiyaki) in 1963.

In April 2006, mink's "Eternal Love (Remix Version)" was used for the film "Chisaki Yusha Tachi GAMERA". In December 2006, mink's "Here by my side (Original Version) was used as the theme song for the 3D anime short Joe and Marilyn for Amazing Nuts!.

On January 1, 2007, mink's "Innocent Blue -Chi Hate Umi Tsukiru Made-" was released. The song was the theme song for the Japan-Mongol epic film "Aoki Ookami" based on Gengis Khan.

On August 8th 2007, mink's next single "Together Again" was released, and had the theme of 'summer' as part of a series of 4 singles. The song was used for the ending theme to the anime film Vexille 2077 Nippon Sakoku, showing in Japanese theaters August 18th 2007.

mink was dropped by her record label in early 2010.


Second one:
Formed just a blink ago in Spring 2006, MINK has already written more than 60 songs (30 of them in one intense three week stretch), recorded their debut album in just four weeks (with noted producer Sylvia Massy of Red Hot Chili Peppers and Tool fame), shot one of the most fun videos of recent times for its infectious song "Talk to Me" with director Christian Lamb (Madonna, Korn, Kelly Clarkson, Incubus), had another song "Pressure Pressure" featured nightly in ESPN's 2006 Major League baseball playoffs coverage, and has established itself as one of the most exciting new live acts on the scene both in its own club shows and opening big-venue concerts by Angels & Airwaves among others.

And all that whilst going back and forth between New York (from where Carlson hails) and Australia (home to drummer Mozgawa, lead guitarist Nick Maybury, and bassist Grant Fitzpatrick).

The members come from a variety of backgrounds, ranging from the garage-rock, punk, solo and experimental backgrounds of Carlson, Fitzpatrick and Mozgawa to the formal jazz studies of Maybury. And though members cite influences and favorites ranging from classic punk to Prince to Bjork to Miles Davis, a chemical bond formed instantly that gave Mink their own enticing character.

The first single, "Talk to Me," has been spinning on over 50 Alternative and modern rock stations across the US, and is the perfect Mink introduction. Mink's sound is free of the gimmicks and production tricks that infect so much rock these days. Instead, this is all about the natural talents of the musicians and dynamics of the band. On "Dematerialize," Carlson flashes the arid bite of a Mick Jagger or Lou Reed, while "Pills" has choruses comparable to David Bowie at his Ziggy Stardust rocking-est. "Jodi" has a soaring pop chorus riding a wave of crunchy guitar-rock. And live, "Get it Right" showcases Mozgawa's awesome power.

Now Mink are bringing their music to an increasing legion of fans, and they've hit the ground running. After dates with KISS, a Lollapalooza performance, and a recent tour supporting Perry Ferrell's Satellite Party, their guitar driven rock album debuted August 28, 2007. Mink are now setting the pace...

Until the end of the universe.

Get In Get Out