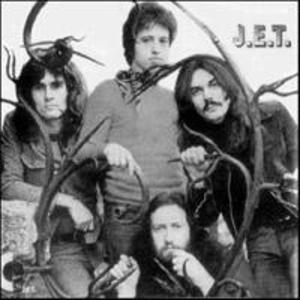 J.E.T. (not to be confused with JET, an Australian garage-rock band) is an Italian foursome who released a couple of albums in the early 70's of which the second is of particular interest to progsters. Their style is reminiscent of MUSEO ROSENBACH and IL BALLETTO DI BRONZO but more aggressive. After the release of their second album, some members joined ex-MUSEO ROSENBACK's Giancarlo Golzi and switched the name to The MATIA BAZAR, a more commercial rock outfit that is still alive today.

J.E.T.'s eponymous debut album is a compilation of 13 melodic pop tunes whereas "Fede, Speranza, Carit?", released in 1972, is radically different. It's a hard-edged piece of symphonic prog with excursions into folk, jazz and classical territories. It features plenty of Hammond organ, aggressive guitar play, a solid rhythm section and some dramatic Italian vocals (falsetto-like, reminiscent of NEW TROLLS) performed most confidently. The album is full of good breaks and shifting time signatures with the first half emphasizing the band's aggressive side. The second half carries along more melodic lines, displaying some lighter material yet full of gorgeous passages.

Recommended to fans of MUSEO ROSENBACH and IL BALLETTO DI BRONZO as well as to fans of BIGLIETTO PER'L'INFERNO, SEMIRAMIS, ENEIDE and ALPHATAURUS.