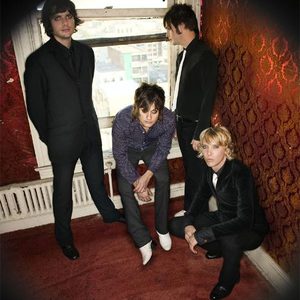 Louis XIV was a quartet indie rock group from san diego, california, formed in April 2003. They were formed from the band Convoy. Their first album, Louis XIV, was released in November 2003, followed two years later by the release of their EP Illegal Tender in January of 2005. Later that year they released their second album The Best Little Secrets Are Kept which entered into the US Billboard 200 and peaked at #159.

The band's lyrics have resulted in them causing much controversy and subsequently they have been banned from playing live gigs in the state of Alabama. Their lyrics are filled with double meanings and sexual connotations, and are often condescending towards women.