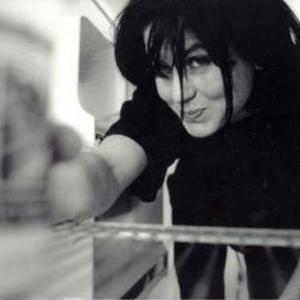 Juliana Hatfield (born July 27, 1967 in Wiscasset, Maine, United States), is an American guitarist/singer-songwriter from the Boston area, formerly of the indie rock band Blake Babies. The daughter of Philip M. Hatfield (a radiologist) and The Boston Globe fashion critic Julie Hatfield, Juliana was born in Maine and grew up in the Boston suburb of Duxbury. She acquired a love of rock music during the 1970s, having been introduced by a babysitter to the music of the seminal Los Angeles punk rock band X, which proved a life-changing experience.

The daughter of Philip M. Hatfield (a radiologist) and The Boston Globe fashion critic Julie Hatfield, Juliana was born in Maine and grew up in the Boston suburb of Duxbury. She acquired a love of rock music during the 1970s, having been introduced by a babysitter to the music of the seminal Los Angeles punk rock band X, which proved a life-changing experience. She was also attracted to the music of more mainstream artists like Olivia Newton-John and The Police, perhaps explaining the dialectic in her later music between sweet, melodic "pop" songs and more hard rock oriented material. Visualizing herself as a singer since her high school years, Hatfield sang in school choirs and briefly played in a cover band called The Squids, which played Queen and Rush songs.

Hatfield achieved alterna-rock stardom with the release of 1993's Become What You Are (recorded under the group name The Juliana Hatfield Three). Several songs from the album received regular airplay on major North American rock stations, with Hatfield's song "My Sister" becoming the biggest hit of her career with the video becoming an MTV staple. Another one of her songs ("Spin the Bottle") was used in the soundtrack of the Hollywood film Reality Bites (1994). Hatfield also made the cover of Spin magazine. Hatfield's popularity coincided with the success, in the mid-1990s, of many other female musicians (such as Liz Phair, PJ Harvey, Belly, Letters to Cleo, Velocity Girl, The Breeders, Hole, Veruca Salt, Poe, Throwing Muses, Magnapop, Bettie Serveert). Although she has always maintained that her gender is of only incidental importance to her music, Hatfield was pleased to have been invited, in 1997, to tour with the first Lilith Fair, a prominent all-female rock festival founded by singer Sarah McLachlan. Hatfield was profiled in a number of girls' magazines at this time and was embraced by many pre-teen and teenage girls as a role model due to the positive way she addressed serious issues faced by young women in her songs and interviews. About this period she says: "I was never comfortable with the attention. I thought it had come too soon. I hadn't earned it yet." She gained notoriety in 1992 for saying that she was still a virgin in her mid-twenties in Interview magazine. In a 1994 interview for the magazine Vox she said she was surprised by the effect 'outing' herself had: "I think there are a lot of people out there who don't care about sex, but who you never hear from, so I thought I should say it. The magazine I did the interview for is full of beef-cake hunky guys and scantily-clad models, so I thought it would be really funny to say that I didn't care about sex in a magazine that's full of sex and beauty - but no one really got the joke."

In 1995, following the success of Become What You Are she released her followup album, Only Everything, in which she "turned up the volume and the distortion and had a lot of fun". One reviewer describes it as "a fun, engaging pop album". The album spawned another alternative radio hit for Hatfield in Universal Heart-Beat. The video featured Hatfield as an overly demanding aerobics instructor. Prior to the tour for 'Only Everything', Hatfield released Phillips and brought on Jason Sutter (American Hi-Fi, Chris Cornell, Jack Drag), as well as Ed Slanker (Thudpucker, tinsel) on 2nd guitar, and Lisa Mednick on keyboards. Two weeks into the tour, Hatfield canceled the tour citing exhaustion, and took a month long break. Sutter was replaced by once again drummer Phillips, and touring resumed with Jeff Buckley as the opening act.

In 1996 she traveled to Woodstock, New York where she recorded tracks for God's Foot, which was to be her fourth solo album (third if not counting Become What You Are, which was recorded with the Juliana Hatfield Three), intended for 1997 release. Containing some of Hatfield's finest work to date, the album was unfortunately put on indefinite hold by her record company due to a disagreement with Hatfield. Only substandard bootleg versions of these songs (which do not meet Hatfield's approval) have surfaced and she has rarely featured them in her subsequent live performances.

During this time Hatfield left Atlantic Records and ventured back into indie-world. She recorded a six song EP titled Please Do Not Disturb, along with Todd Phillips and Ed Slanker, and with new bass player Mikey Welsh (Weezer). The EP produced by Hatfield features a tender song "Trying Not To Think About It" which is a tribute to the deceased musician Jeff Buckley who was a friend of Hatfield's. The EP was released on Bar/None Records in 1997.

Following the traumatic experiences surrounding God's Foot and her departure from Atlantic Records, Hatfield recorded the album Bed in 1998 in six days, about which she says on her website: "It sounds as raw as I felt. It has no pretty sheen. The mistakes and unattractive parts were left in, not erased. Just like my career. Just like life."

In 2000, she released Beautiful Creature, an album which was among the most critically well-received of her career. This album left the rockier side of Hatfield's musical personality unexpressed, however, so at the same time she also recorded Juliana's Pony: Total System Failure with Zephan Courtney and Mikey Welsh, which she describes as "a loud release of tension", with "lots of long sloppy guitar solos. And no love songs...a not-at-all attractive reaction to the ugly side of humanity, specifically American culture" The two albums were initially released in a set as a pair. Juliana's Pony: Total System Failure was however received very badly by the critics, who much preferred the acoustic songwriting on Beautiful Creature. On Beautiful Creature Hatfield worked with Austin-based musician Dav&iacute;d Garza who co-produced much of the album. Wally Gagel a producer for Sebadoh and Tanya Donelly helped Hatfield record her most electronica influenced songs "Cool Rock Boy" and "Don't Rush Me" which added texture to the otherwise acoustic album.

2002 saw the release of Hatfield's first "best-of" album. The album, titled Gold Stars 1992-2002: The Juliana Hatfield Collection, featured the singles from her solo albums. It also contained two of the songs from the previously unreleased God's Foot, a cover of Neil Young's Only Love Can Break Your Heart, as well as four new recordings.

In 2004 Hatfield released In Exile Deo, which was arguably an attempt at a more commercial sound, with input from producers and engineers who'd worked with Pink and Avril Lavigne. Hatfield did however produce the album herself with David Leanord receiving co-production credits on "Jamie's In Town" and the bright rocker "Sunshine'. The critics loved it, with a couple calling it her best work since the start of her solo career.

By contrast, the 2005 album Made in China was released on her own new record label, Ye Olde Records, and has a much rawer feel.John Doe of the band X described the disc as "A frighteningly dark & beautiful record filled w/ stark, angular, truly brutal songs & guitars. This is surely a 'Woman Under the Influence', though I'm not sure of what". Reviews were very mixed, with some liking the lo-fi sound, but others seeing it as slackness.

In December 2005 Hatfield toured the United States with the band X, whom she idolized during her teenage years.

2006, Hatfield released her first live album. Titled The White Broken Line: Live Recordings, the album featured performances from her tour with X. This was Hatfield's third release for her record label.

n 2006, Hatfield released her first live album. Titled The White Broken Line: Live Recordings, the album featured performances from her tour with X. This was Hatfield's third release for her record label.

Hatfield's 9th studio album, How To Walk Away, was released on August 19, 2008 on Ye Olde Records. The album's heartfelt subject on the break-up of a relationship resonated with critics, who gave the album largely positive reviews, with some hailing it as her best album since In Exile Deo.[17]

There's Always Another Girl was released on August 30, 2011 again independently on her Ye Olde Records label.