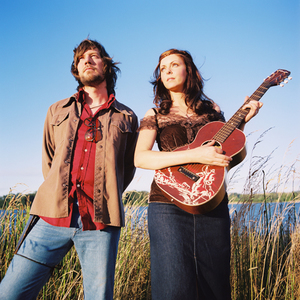 A Portland, OR based duo & married couple, Viva Voce have an extremely diverse sound. The music captures both the sweet and the melancholy, with comparisons ranging from the fey pop antics of Belle & Sebastian to the transcendental cinematics of the best Grandaddy. Their sound seems far more expansive than that of a simple duo, and are currently seeking soundtrack & commercial work through their agents at Bank Robber Music.

In the summer of 2008 the duo released an album under the name of Blue Giant along with Seth Lorinczi, Evan Railton, and Chris Funk. The effort is a blend of indie, country, and psychedelic rock.

The Future Will Destroy You

Get Yr Blood Sucked Out

The Heat Can Melt Your Hands