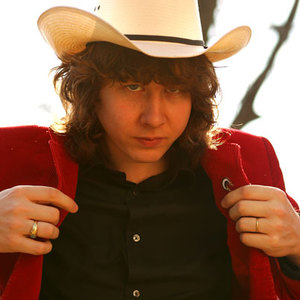 Ben Kweller was born in San Francisco, CA in 1981. In 1982 his family relocated to Emory, TX where his father Howard Kweller became the town's first doctor. In 1986, The Kwellers moved to a much larger city, Greenville, TX. Ben was exposed to music at a very early age. Howard taught Ben how to play the drums when he was 7 years old. For the next year, the father and son would jam together almost every night after Howard got home from work.

With Howard singing and playing guitar and Ben keeping the beat, the duo would play songs by The Beatles, The Hollies, Jimi Hendrix, and other artists of the 1960s. Howard is also a long-time friend of Nils Lofgren, the two went to high school together. When Ben turned 8, someone showed him how to play "Heart And Soul" on the piano. The youngster immediately began to create his own songs using the same chords. By the time he was 9 he had a dozen original compositions under his belt and entered a songwriting contest sponsored by Billboard magazine. Kweller won honorable mention.

In 1993, Kweller became friends with another young local musician, drummer John Kent, and the two formed the band Radish with bassist Ryan Green. The trio played locally in and around Greenville, Texas and recorded two independent releases, ''Hello'' (1994) and ''Dizzy'' (1995), with Martin Baird at Verge Music Works recording studio in Dallas, Texas. Around the time of ''Dizzy's'' release, Ryan Green decided to leave the band and focus his attention on school. Lorin Hamilton filled in for a few months until Bryan Bradford AKA Bryan Blur joined on for most of the band's career. Ben sent a copy of ''Dizzy'' to Nils Lofgren. Nils was impressed with Radish and recommended them to Roger Greenawalt who was producing Lofgren's album at the time, ''Damaged Goods''. Greenawalt took Radish into a studio where they recorded a demo tape which was subsequently shopped around to record labels nationwide, After an unexpected bidding war, Radish eventually signed to Mercury to release the album Restraining Bolt.

Radish made appearances on ''The Weird Al Show'', ''Late Night with Conan O'Brien" and ''Late Show with David Letterman'', but despite the much-hyped signing, the band failed to strike big success. Radish earned a large cult following in the United Kingdom with their top 40 hit "Little Pink Stars". The band toured several times in Europe including opening slots for Faith No More and Main Stage at Reading Festival '97. Radish released two singles. In 1998 Radish became a quartet featuring Joe Butcher (Polyphonic Spree, Ufofu) on lead guitar and Debbie Williams on bass. Radish went to Muscle Shoals Studio in Alabama to record the follow-up to ''Restraining Bolt'', provisionally titled ''Discount Fireworks''. The band recorded with record producer Bryce Goggin (Pavement, The Lemonheads). While mixing ''Discount Fireworks'' in NYC, Kweller and Kent met bassist Josh Lattanzi who would become Radish's 5th and final bass player. As a result of Polygram's merger with Universal Music Group, the 18-song album was never released and Radish soon secured a release from their contract with Mercury Records.

At age 19, Ben Kweller moved to New York with his girlfriend Liz Smith, where he began his solo career. He played acoustic shows and self-released four EP's, comprising some of the unreleased Radish ''Discount Fireworks'' recordings and other songs recorded in his apartment on a laptop computer. It was one of these EPs, ''Freak Out, It's Ben Kweller'', that caught the attention of Evan Dando of The Lemonheads, and Dando invited Kweller out on tour with him, playing across America and Europe. Jeff Tweedy, Juliana Hatfield and Guster also began to notice Kweller and took him on tour with them

In 2001 Ben Kweller became ATO Records's first worldwide signing and released a 5-track EP entitled ''EP Phone Home''. In March 2002, ''Sha Sha'', Kweller's first solo studio Album was released. ''Sha Sha'' included the very radio-friendly and popular single "Wasted & Ready". The album featured John Kent on drums, Josh Lattanzi on bass, and showcased a wide variety of sound from Quirky Pop music to Folk to Punk. The album grew in popularity with a grassroots effort based on his website and a promotion group called teamBK, which promoted via word-of-mouth advertising. To support the release of the album and EP, he put together a live band, initially comprising Lattanzi on bass, Fred Eltringham on drums, and Mike Stroud on guitar and keyboards. Towards the end of the ''Sha Sha'' album cycle, the four-piece performed on PBS's Austin City Limits

In 2003, Kweller toured Australia with Ben Folds and Ben Lee as The Bens. The trio produced an eponymous four-song EP, with each member taking lead vocals on one song, and a final song in which they all contributed vocals. In an interview on October 14 2006 Ben hinted that The Bens may do another album. Later in 2003, Kweller provided lead vocals on the song "I Hope Tomorrow is Like Today" from Guster's album ''Keep It Together''. Kweller and Guster co-wrote the song after a late night jam at Gusters' Brooklyn studio. The song is prominently featured in the movie The Wedding Crashers.

''On My Way'' (2004), Kweller's second album, went in a new direction. The album, produced by Ethan Johns (Ryan Adams, Kings of Leon), was recorded 'live' - there were limited overdubs and no use of headphones. After the release of On My Way, Kweller embarked on more touring, playing to his largest audiences ever, including a US tour co-headlining with Death Cab for Cutie. By this point, the lineup of his live band had changed to include John Kent on drums and Jason Roberts on guitar and keyboards, after Mike Stroud left to concentrate on his own band Ratatat and Fred Eltringham left to play drums in The Wallflowers.

In 2006 he recorded his third album, ''Ben Kweller'' with record producer, Gil Norton. Unlike the previous studio albums, Kweller played all the instruments on this record himself. Kweller continued to tour to support his self-titled album, and expanded his band into a five piece, which grew to include Dan Horne on bass, Mark Stepro on drums, Jay Barclay on guitar and organ, and Jason Roberts on lead guitar. Kweller continued to play guitar and piano on this tour, but it also gave him the opportunity to just sing on certain songs.

As part of his 2006 tour, Kweller played the Austin City Limits Music Festival, where he was plagued by a severe nosebleed for the entirety of his set. After covering his guitar in blood, he attempted to stop the flow by inserting a travel-size tampon thrown onto the stage by a fan, which expanded painfully during a performance of "This Is War." After attempting to play "Falling" at the piano, which also became covered in blood, Kweller was forced to end the set early.

In the Spring of 2007, Kweller co-headlined with his label-mates Gomez. He continued through the summer with his own string of headlining dates which eventually ended at another appearance at ACL fest. This time no bloody nose, however, commemorative T-shirts were sold at the merch booth with fake blood stains that said "ACL 2007: The return of Ben Kweller".

Kweller's fifth studio album, entitled "Go Fly A Kite," will be his first release produced solely by his own record label, The Noise Company. In earlier interviews, Kweller had stated that it would be released as early as March or April of 2011. However, more recently the manager of The Noise Company stated that the album is now set to come out either late January or early February of 2012. Kweller confirmed on stage at Stubbs in Austin on 4/16/11 that the delay in release is a result of Kweller's parting ways with his former record label, ATO Records, and his desire to release the recording independently. Kweller has stated the album will be very electric and energetic while dealing with some darker topics. It will be accompanied by a comprehensive world tour and several media appearances.