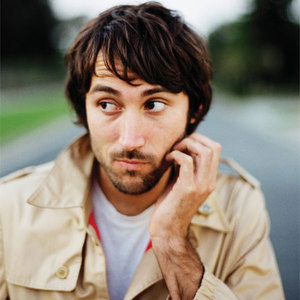 Matt Costa (born Matthew Albert Costa June 16, 1982) is a singer/songwriter from Huntington Beach, California. He has released four independent compact discs: a self-titled five-song EP in 2003, a six song EP titled The Elasmosaurus EP in 2005, a full-length CD entitled Songs We Sing in 2006, and a digipak full length album Unfamilar Faces in 2007. At age 12, Costa received his first guitar but it was quickly shelved and replaced with a more "thrilling" gift: a skateboard.

At age 12, Costa received his first guitar but it was quickly shelved and replaced with a more "thrilling" gift: a skateboard. Costa compensated for his late start skateboarding with intense dedication to the sport and in a matter of years nearly turned pro. That path shifted drastically when Matt shattered his leg in a skateboarding accident. The injury required eighteen months of recovery and rehabilitation. During that downtime, Matt directed his energy, passion and talent toward the guitar, writing and recording simple tunes. Initially, a mini tape recorder served as his crude studio. Matt's songwriting later flourished when he invested in a 4-track recorder.

In early 2003, Matt's homemade demo began circulating amongst friends and acquaintances in and around his hometown of Huntington Beach, California. One copy found its way into the hands of No Doubt guitarist Tom Dumont. Costa made such an impression that Tom Dumont offered to record more demos for him in his home studio. Those first recordings led to a self-titled 5 song EP that Costa and Dumont distributed themselves. As interest in the EP grew, the two were already deep into the sessions that led to Songs We Sing. Considering Dumont's experience as a songwriter, one might expect him to have taken a more active role in the songwriting process. This however, was no usual mentorship, as Dumont remained behind the control board, offering encouragement, more interested in capturing Matt's talent than in shaping the songs himself. Phil Ek applied the finishing touches, mixing the thirteen tracks that have become Songs We Sing.

Matt Costa spent the summer of 2005 opening on Jack Johnson's summer tour, playing in amphitheaters and baseball stadiums across North America. He has also supported diverse artists such as Pinback, Built to Spill, Gomez, The Vandals, and Pearl Jam's Stone Gossard.

Matt joined Jack Johnson for his 2006 European tour. He has also contributed to the Jack Johnson and Friends Curious George soundtrack; The track is entitled "Lullaby" and it features Matt Costa with Jack Johnson. This song was taken from his The Elasmosaurus EP. The soundtrack was released Tuesday, February 7, 2006.

Matt also performed at the 2006 Bonnaroo music and arts festival in Manchester, Tennessee.

In February 2008 he released his second LP, titled Unfamiliar Faces.