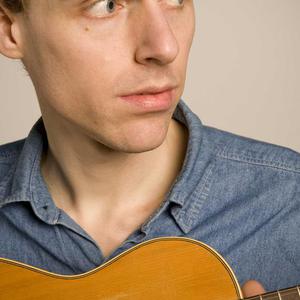 Joel Plaskett is a Canadian rock musician who has been a longtime favourite on campus radio charts throughout the country. Since 2001, he has led Joel Plaskett Emergency. Prior to that he was a member of the Halifax-based alternative rock band Thrush Hermit from its founding in 1992 until its breakup in late 1999. Plaskett was the lead singer, guitarist and the band's primary songwriter. After the breakup of Thrush Hermit, Plaskett embarked on a solo career. To date he has recorded five albums, three as a solo performer and two with his backing band, the Joel Plaskett Emergency.

After the breakup of Thrush Hermit, Plaskett embarked on a solo career. To date he has recorded five albums, three as a solo performer and two with his backing band, the Joel Plaskett Emergency. The Emergency consists of Joel, drummer Dave Marsh and bass player Tim Brennan. A special friend of the group is Ian McGettigen who can often be seen playing bass at many of their shows. They have been nominated for a couple of Juno Awards and won an East Coast Music Award in the "Rock Recording of the Year" category for their album Truthfully Truthfully. Maple Music is the current recording label for both The Emergency and Joel's solo efforts. Joel and the band have toured throughout North America and Europe with such performers as The Tragically Hip and Kathleen Edwards. They released a dvd, titled Make a Little Noise, in February 2006.

In recent years, Joel has embarked upon a number of projects. He has acted as producer (and collaborator) for Atlantic Canadian artists such as Two Hours Traffic (THT) and Little Miss Moffat (Miss Canada). As well, in 2004 he made his television debut as a rock coach on the CBC documentary television series Rock Camp, which also starred a young Doug Hoyer as one of the band members Plaskett was coaching.

Joel Plaskett has done a tremendous amount to promote the local music scene in his hometown of Halifax, Nova Scotia as well as the Canadian indie rock scene in general. He has acquired quite the faithful following of fans along the way and has received recognition from such media outlets as Much Music.

In Need Of Medical Attention