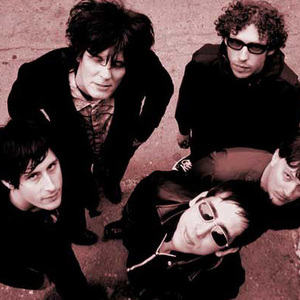 Psychedelic pop band from San Fransisco. Started off as a solo project for Leigh Gregory with history in many bands in the 80's and 90's. 2001 saw the release of Always be Drunk, which was practically recorded by Leigh Gregory himself over the course of 1? years. The Debut was heard by Rene Rick Maymi (also of Brian Jonestown Massacre fame) who approached Leigh and thus the real band-version spawned with Daniel Dietrik, Steven Cavorretto and Patrick Harte.

Ochre records released Never Sleep at Night in 2003. The Church is often raised as the most important (or obvious) influence on Leigh's work. The sound of the band is a swirling soup of 80's dark and shimmering pop, occasional noisy guitars, breezy keyboards and rock attack in between. What could be more beautiful?