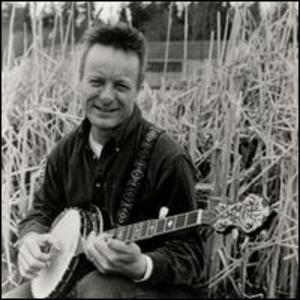 Danny Barnes (born 1961) is a banjo and guitar player whose music is influenced by country, jazz and punk. Born in Temple, Texas and raised in Belton, Barnes was exposed to music at a young age: he recalls picking up a love of country and bluegrass from his father and grandmother, Delta blues from one brother and punk from another. He attended the University of Texas and graduated with a degree in audio production in 1985.

In 1990, while living in Austin, Barnes formed a band called Bad Livers with bassist Mark Rubin and fiddler Ralph White. The band's 1994 debut album, [album]Delusions of Banjer[/album], was produced by Paul Leary of The Butthole Surfers, and gained the band some attention in the alt-rock-country scene; they followed it up with three more albums on the Sugar Hill Records label.

In 2000 Barnes, now living in the Seattle area, dissolved the Bad Livers and founded a new band, Danny Barnes & Thee Old Codgers, with bassist Keith Lowe and violinist Jon Parry. This band released only a single album, 2001's Things I Done Wrong, which was produced by avant-garde jazz composer and pianist Wayne Horvitz (a fellow Seattle resident). 2002 saw Barnes working with jazz guitarist Bill Frisell; Frisell was moving towards incorporating more "American"?country and bluegrass?influences into his playing, and he wanted Barnes to give him lessons in that direction. Their work together led to Barnes playing on Frisell's next album, [album]The Willies[/album]; Barnes also toured with Frisell in support of the album.

Got Myself Together (Ten Years Later)

Dirt On The Angel

And His.... Oft Mended Raiment