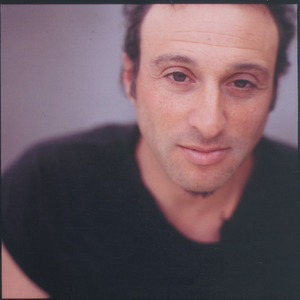 Dan Bern (aka Bernstein, a name under which he sometimes performs) is a guitarist, singer, songwriter, and painter. His music is often compared to that of Bob Dylan, Woody Guthrie, Bruce Springsteen and Elvis Costello. His song "Talkin' Woody, Bob, Bruce, and Dan Blues," from the album Smartie Mine, offers a joking take on this influence, presented in the style of a Guthrie or Dylan talking blues song, and containing a spoof of a Dylan song as well. Bernstein has also toured with Ani DiFranco.

He is known for sardonic, literary lyrics, a range of musical styles, and a folk music style paired with rock instrumentation. He also wrote the novel Quitting Science (2004) under the pen name Cunliffe Merriwether and wrote the preface under his own name.

Although a vein of social and political humor runs though even his earliest work, Bern's work became more explicitly political during the 2004 US presidential election campaign, with songs such as "Bush Must Be Defeated" and "President" highlighting his sometimes surreal political takes.

Bern is reflexively literate, in the style of his favorite authors, including L.A.'s legendary bohemians Charles Bukowski and John Fante, urbane fantasist James Thurber, and yarn-spinning humorist Ring Lardner. He is in love with the power of words to turn on themselves, to frolic, to bite, and his strong, friendly voice can go from earnest to ferocious within seconds. Being captivated by Dan is the easy part; describing his music to the non-initiated is more difficult. One journalist tried: "topical-poetical-sarcastic-punk-folk." An admirable effort, further elaborated by the New York Times: "He veers from comedy to anger, conjectures to shaggy-dog stories; he takes sidelong approaches to theology, science fiction, consumer culture, art, love and baseball."