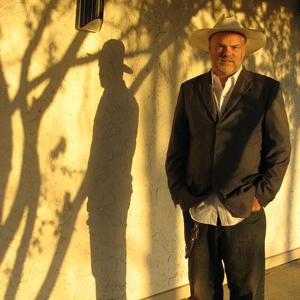 Fred Eaglesmith (born as Frederick Elgersma on July 9, 1957 in Caistor Centre, Ontario, Canada) is a Canadian alternative country singer-songwriter. Some of his albums have been credited to Fred J. Eaglesmith. Eaglesmith was one of nine children of an immigrant family from the Dutch province Friesland and raised in rural Southern Ontario. As a teenager, he hopped a freight train out to Western Canada, and began writing songs and performing. He is known for writing songs about machines or vehicles, including songs about trains, tractors, trucks, cars, and engines.

Rural life, dogs, guns, drinking and farming/ranching are other common themes. Many of his songs are about failing farms and small businesses. Eaglesmith's songs are populated with down and out characters dealing with loss of love or livelihood, and quirky rural folk. His songwriting uses many of the techniques of short-story writing, including unreliable narrators, surprise endings, and plot twists.

In addition to his own albums, Eaglesmith frequently collaborated with the late Willie P. Bennett, a past member of Eaglesmith's band, who had to step down after a heart attack in spring 2007. Eaglesmith's fans are known as Fredheads because of the similarities to deadheads. He has appeared in several movies, including "The Gift" and "50 Odd Dollars." His band is known as The Flying Squirrels or The Flathead Noodlers. Both bands have the same lineup, but play different styles. The Flathead Noodlers play bluegrass, while the Flying Squirrels play more folk and rock. An early incarnation of the band was known as The Smokin' Losers. When Fred does solo appearances he bills himself as Fred J. Eaglesmith. In addition to the songs, a typical Fred Eaglesmith show includes several lengthy between-song comic monologues by Fred. Topics in the past have included stories about crossing the U.S./Canada border, Newfoundlanders, and some friends from an Indian reserve. Eaglesmith is the owner and president of A Major Label, which publishes his records.

There Aint No Easy Road CD1