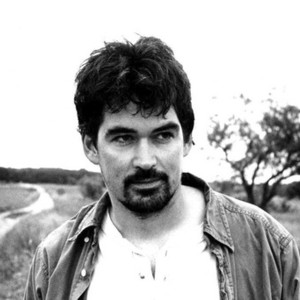 Slaid Cleaves (born Richard Slaid Cleaves on June 9, 1964) is an American singer-songwriter. He was born in Washington, D.C. and raised in South Berwick, Maine and Round Pond, Maine. From Slaid Cleaves website: Slaid Cleaves' music is marked by both the quirky blend of isolated eccentricity and steely resilience of his Yankee upbringing and the weathered soul of Texas, the state he has called home for over a decade now.

From Slaid Cleaves website: Slaid Cleaves' music is marked by both the quirky blend of isolated eccentricity and steely resilience of his Yankee upbringing and the weathered soul of Texas, the state he has called home for over a decade now. First registering on the national folk scene by winning the Kerrville Folk Festival's New Folk competition in 1992, Cleaves released his national debut No Angel Knows (Philo/Rounder) in 1997, following a string of self-released albums and many nights logged in folk clubs as both a performer and a soundman. Met with effusive critical praise, No Angel Knows was followed by Broke Down (Philo/Rounder) in 2000, which expanded his audience exponentially by virtue of its exceedingly well-crafted songs and rugged Gurf Morlix production. In addition to the title track, a Rod Picott collaboration that won Song of the Year at the Austin Music Awards in 2001, Broke Down featured a couple of interpretations of other writers' songs prefiguring Slaid's later work, including a poignant reading of fellow Austinite Karen Poston's ?Lydia.?

Following Broke Down came 2004's Wishbones (Philo/Rounder), a richly detailed exploration of life's darker corners where still a ray of hope somehow shines. Wishbones climbed to the top of the Americana Radio chart coming in at #1 for 2004 while Slaid toured relentlessly promoting the album. It was after the recording of Wishbones that Cleaves began to consider the endeavor that became Unsung. ?Over the years,? Cleaves explains, ?as I grew as a songwriter, my songs began to make up the bulk of my sets. But I continued to throw in the odd song by a hero or friend, both in my shows and on the records I made. I did that partly out of tribute to my influences, but also to give my set, or album, some context and some variety.? These are songs from the songwriter trenches ? compositions Cleaves first heard at late-night song-swaps, open-mic nights, during downtime at recording sessions, and on modest self-released CDs. Thanks to the work of producers David Henry and Rod Picott (a long-time Cleaves cohort and fellow Mainer), the performances and backdrops on Unsung are as evocative and captivating as the songs themselves. Cleaves' gifts as an interpreter are such that the line between singer and song vanish completely.

"...one of the finest singer-songwriters in Texas." -- Neil Strauss, The New York Times

Ghost on the Car Radio

Everything You Love Will Be Taken Away

For The Brave And Free