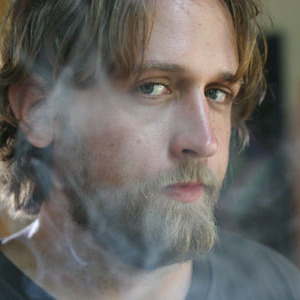 Joshua Hayes Carll, known as Hayes Carll, is a singer-songwriter from The Woodlands, Texas (a Houston suburb). He is currently signed to Lost Highway Records. If you haven't already heard of Hayes Carll, you soon will. In the three years since his self-released second album, Little Rock became available, Carll has toured relentlessly in North America and abroad (performing over two hundred shows a year), founded a successful singer-songwriter music festival on the Gulf Coast of Texas, secured a record deal with Lost Highway Records...

If you haven't already heard of Hayes Carll, you soon will. In the three years since his self-released second album, Little Rock became available, Carll has toured relentlessly in North America and abroad (performing over two hundred shows a year), founded a successful singer-songwriter music festival on the Gulf Coast of Texas, secured a record deal with Lost Highway Records, and has even seen Little Rock become the first self-released album to reach #1 on the Americana Music Chart. He's only getting started.

On his new album, Trouble In Mind, the 32 year-old Carll navigates his way through both stormy weather and calm, sun-drenched waters with ease, emerging with songs that melt even the hardest heart in town (a feat he manages on the plaintive, world-weary "Don't Let Me Fall") or heat up a roadhouse (like the ruggedly strutting "Wild as a Turkey"). Their impact is heightened by the fact that they're songs born of both immersion in the works of his songwriting heroes and plenty of real world experience.

"When I started, I moved down to this place called Crystal Beach, Texas where you need to take a ferry from Galveston across the bay to get to this little peninsula on the Gulf of Mexico," recalls Carll, who grew up just outside Houston. "It's this isolated coastal community with a wild assortment of people either hiding out, hanging on or getting lost-- a lot of drugs and drinking, a fair amount of violence, but at the same time a lot of really interesting people with great stories to tell. Folks in the bars there weren't necessarily interested in what I had to say as a songwriter-- they wanted to hear David Allan Coe and Merle Haggard, and other stuff they knew. So that's what I did six nights a week for four years. I haven't run into tougher crowds since. It was an initiation into becoming a performer."

Those experiences not only gave Carll a thick skin, they gave him plenty of material to spin into songs like the low-slung, finger-picked blues "I Got a Gig" -- populated by characters like the "barefoot shrimper with a pistol up his sleeve" -- and the tear-in-your-beer waltz "Beaumont," in which a suitor bearing a single white rose makes a fruitless trip to try to win over a lady love. Carll says of the latter tune. "I like to try to tackle a heavy topic but do it with a light touch. The more personal, weightier stuff doesn't come as easy, even though that's what I like to think about the most."

Carll has developed that touch over a long stretch that began when he was still in his teens, a stretch he spent writing poems, short stories and songs by the notebook-full. He eventually discovered that the last of those three flowed from him most easily, and while he dutifully headed off to college, he spent more time strumming and singing. To hear him tell it, "I sort of sabotaged my career options to the point where, by the time I was out of school, I was pretty much unemployable and had no choice but to be a musician."

After moving to the Gulf Coast, Carll honed his craft in the area bars and beer-joints as well as more serious folk clubs like the venerable Old Quarter in Galveston, where he opened for a wide array of respected songwriters such as Ray Wylie Hubbard, Willis Alan Ramsay and many others. By 2002, he was ready to unleash his recorded indie debut, Flowers and Liquor, which, while not widely distributed, garnered plenty of critical praise, including American Songwriter's claim that the disc "suggests the young Texan might be the next great songwriter from a state full of maestros."

He lived up to that praise on his next outing, Little Rock, an offering on which Carll showed off his stylistic breadth by steering his band from searing rock to jazz-tinged balladry -- a scope that earned praise both at home and across the pond, where the Irish Times raved "This is the first mighty country record of the year, a bruised, bedraggled affair full of jagged memories and wry observations."

Those elements certainly permeate Trouble In Mind, but there's a much sharper focus to the material, thanks in part, to more time in the studio and some great players sure to be familiar to roots-rock aficionados, including, Dan Baird, Darrell Scott, Will Kimbrough and former Flying Burrito Brother Al Perkins.

?My first record I did in five days, and my second one we did in twelve," Carll explains. "This time around I had a solid month, so it was really a luxury. It was amazing to get all these talented people in the room and have them listen to me describe my vision and then go out and try to realize that and capture it on tape. My strength isn't that I have the world's most amazing voice or that I'm this incredible player -- hopefully it's that there's some aspect of my personality and my lyrics that people can relate to."

Carll's personality, emotional but never too sentimental, mischievous, funny, world-weary and sardonic, imbues every track of Trouble in Mind. He's never afraid to be vulnerable and direct, as on one of the standout tracks, ?Willing to Love Again? - ?I feel too much, I protect too much, most times I probably expect too much. I spend my life on this broken crutch, and you believe I can fly.?

Carll's live performances continue to win over fans everywhere. His clever, irreverent lyrics and sharp observations combined with his warm Texas drawl make his stories and anecdotes as compelling and entertaining as his songs. There's that sweet taste of honey followed with the sharp sting of a wisecrack. Never is that tongue-in-cheek humor more obvious than on the red neck rant ?She Left Me For Jesus?, where a clueless lover is upset and suspicious over the changes in his girlfriend. ?Now she's acting funny and I don't understand. I think that she's found her some other man. She's left me for Jesus, and that just ain't fair. She says that he's perfect, how can I compare?? ?You know I'm always a little nervous when I sing that song. Like Ray Wiley Hubbard says, the problem with irony is that people don't always get it.?

Perhaps at times they don't, but once they immerse themselves in Trouble In Mind they will get it, and much, much more.

You Get It All