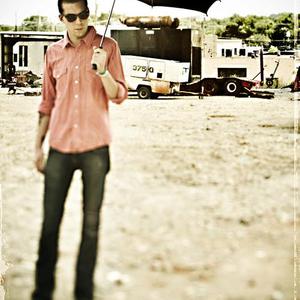 Justin Townes Earle, born January 4, 1982 in Nashville, TN, is an American alt-country singer-songwriter who walks the line between old-time country and modern acoustic Indie music by breathing new life into early country, blues and gospel forms. His first release, Yuma, in 2007 was a stark and beautiful set of songs written while Earle was fresh out of rehab and is now re-released by Bloodshot Records, who have a further three albums on their catalogue.

The Good Life, Midnight At the Movies (Americana award nominee) and the latest Harlem River Blues show Earle's characteristic charm, wit and rhythm to the forefront.
2009 saw him touring with Old Crow Medicine Show, The Felice Brothers and Gillian Welch/Dave Rawlings as a member of The Big Surprise tour and he has been touring solidly through 2010 making fans all along the way. In 2011, he received the Americana Music Award in the Song of the Year category for his "Harlem River Blues," from the album of the same name.

The Saint Of Lost Causes

Kids In The Street

Nothing's Going To Change The Way You Feel About Me Now

Nothing's Gonna Change The Way You Feel About Me Now

Midnight At The Movies