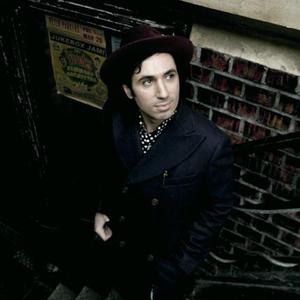 Pete Molinari is a folk blues singer/songwriter from Chatham, England, of Egyptian/Maltese parentage. "Walking off the Map" (2006, Damaged Goods), is his first release, recorded live on half track in Steven John Hamper's (aka Billy Childish)'s kitchen - which is how Julie Hamper (aka Nurse Julie), Billy's wife, came to sing on "Alone And Forsaken" and duets with Pete on "We Belong Together". Pete has been playing solo since 2001, honing his unique vocal style playing bars and cafes of New York's East Village, as well as his home town of Chatham.

A Train Bound For Glory

Walking Off The Map