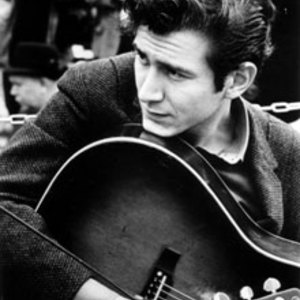 Philip David Ochs (pronounced /?o?ks/) (December 19, 1940 ? April 9, 1976) was an American protest singer (or, as he preferred, a topical singer) and songwriter who was known for his sharp wit, sardonic humor, earnest humanism, political activism, insightful and alliterative lyrics, and haunting voice. He wrote hundreds of songs in the 1960s and released eight albums in his lifetime. Ochs performed at many political events, including anti-Vietnam War and civil rights rallies, student events, and organized labor events over the course of his career...

Ochs performed at many political events, including anti-Vietnam War and civil rights rallies, student events, and organized labor events over the course of his career, in addition to many concert appearances at such venues as New York City's Town Hall and Carnegie Hall. Politically, Ochs described himself as a "left social democrat" who became an "early revolutionary" after the protests at the 1968 Democratic National Convention in Chicago led to a police riot, which had a profound effect on his state of mind.

After years of prolific writing in the 1960s, Ochs's mental stability declined in the 1970s. He eventually succumbed to a number of problems including alcoholism, and took his own life in 1976.

Some of Ochs's major influences were Woody Guthrie, Pete Seeger, Buddy Holly, Elvis Presley, Bob Gibson, Faron Young, Merle Haggard, John Wayne, and John F. Kennedy. His best-known songs include "I Ain't Marching Anymore", "Changes", "Crucifixion", "Draft Dodger Rag", "Love Me I'm a Liberal", "Outside of a Small Circle of Friends", "Power and the Glory", "There but for Fortune", and "The War Is Over".

The Best Of The Rest: Rare And Unreleased Recordings

A Hero Of The Game (Live)

An Introduction To Phil Ochs