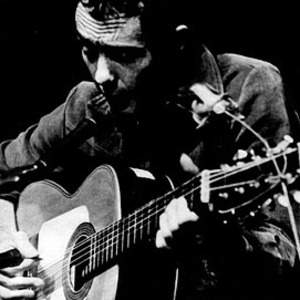 Fred Neil (March 16, 1936 ? July 7, 2001) was an important American blues and folk singer and songwriter in the 1960s and early 1970s. He is best remembered for writing the top 40 hits "Candy Man", performed by Roy Orbison and "Everybody's Talkin'", performed by Harry Nilsson. Born in Cleveland, Ohio, and raised in St. Petersburg, Florida, Neil was one of the songwriters who for a time worked out of New York City's famous Brill Building.

Born in Cleveland, Ohio, and raised in St. Petersburg, Florida, Neil was one of the songwriters who for a time worked out of New York City's famous Brill Building. He has often been called a pioneer of the folk rock & singer-songwriter musical genres; his most frequently cited disciples are Tim Buckley, Harry Nilsson, and the Jefferson Airplane, but his most prominent descendants have been Stephen Stills, James Taylor, Paul Simon and Joni Mitchell. In concert appearances, as well as the liner notes for his 2003 album, Meet Me In Margaritaville: The Ultimate Collection, Jimmy Buffett called Neil "one of my heroes." Some of Neil's early compositions were recorded by Buddy Holly and Roy Orbison; he played as a session guitarist on hits by Bobby Darin and Paul Anka. In 1968, Nilsson recorded a cover version of Neil's song "Everybody's Talkin'," which became a huge hit a year later when it was featured in the film Midnight Cowboy.

Neil was an accomplished professional musician atypically inclined to a very modest frugality. "Candy Man", his first of two Top-40-hit compositions, substantially introduced him to a sufficient income stream for life in his early 20's; he became increasingly disinclined to work if he did not feel like it. Consequently his two fully realized albums (see next paragraph) are remarkable for their singularly unpretentious authenticity. His combination of baritone vocal and 12-string guitar remains unusual, and his combo recordings provide his shimmering melodies with muscular grooves; but his exemplarity is that of resolving the apparent opposition between aesthetic integrity and commercial value almost entirely in favor of aesthetic integrity, which gives all of his recordings a unique historical resonance.

He had debts to previous singer-songwriters such as Woody Guthrie, Robert Johnson, Chuck Berry and Hank Williams (Senior); but his approach to melody was more in the manner of Cole Porter and to rhythm very much in the school of Ray Charles. His popularly acclaimed albums are "Bleecker & MacDougal" (also known as A Little Bit of Rain) without drums (1965) and "Fred Neil" (also known as Everybody's Talkin') in (1966), made during his residences in the Greenwich Village section of lower Manhattan in New York City and in Coconut Grove, Florida, respectively.

The reigning web expert in (October) 2005 has been Richie Unterberger. The Rick O'Barry interview at the dedicated website (fredneil.com) claims that a third fully realized album, Neil's "Stuff Sessions" of 1978, was never released by Columbia. The unreleased "Walk on the Water" album was recorded at Bayshore studios in Coconut Grove, with a second set of sessions taking place in NJ with the group Stuff.

After the mid 1970s he ceased to maintain a residence in Woodstock, New York, and spent his remaining decades enjoying life on the shores of southern Florida. His last public performance was in 1981 coffeehouse concert in Coconut Grove where he joined Buzzy Linhardt onstage.

Echoes Of My Mind: The Best Of

The Sky Is Falling

The Many Sides Of Fred Neil CD2

The Many Sides Of Fred Neil CD1

Tear Down The Walls - Bleecker & Macdougal