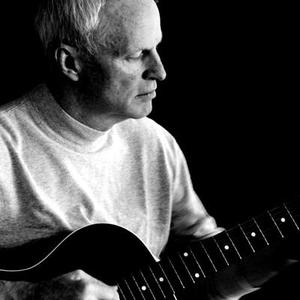 Sid Selvidge has had a musical career as expansive as the Mississippi Delta -- and as true to his roots as the bluesmen of yesteryear. Leaving his home in Greenville, MS, Sid moved to Memphis at an early age, studying and performing with legendary bluesmen like Furry Lewis and Mississippi Fred McDowell at the famous Bitter Lemon Club. With a knack for the southern tradition of storytelling, Selvidge swiftly adapted their picking styles and incorporated them into his distinctive fusion of country, blues, folk, and rock.

Soon his music began to catch the attention of those outside the Bluff City, who took notice of his ability to integrate classic methods into unique singing and playing approaches. "Sid Selvidge, who comes from Mississippi by way of Memphis, is neither country nor rock," said John Rockwell of the New York Times. "He's pretty much everything musically in the whole Southeast." While still in School at Washington University, Sid recorded his debut LP, Portrait, which was released by Enterprise Records, a subsidiary of Stax. Thereafter, he traveled to New York and captivated audiences from Carnegie Hall to Lincoln Center, garnering rave reviews. "His voice is an astonishing instrument," raved New York Times writer Robert Palmer. "Cool and liquid with a range of several octaves." By this time, major labels were making offers, resulting in a deal whereby Elektra released his Twice Told Tales as a part of the Nonesuch Records "American Explorer Series."

When not working on solo records, Selvidge was a member of Mudboy and the Neutrons with cofounder and close friends Jim Dickinson, Lee Baker, and Jimmy Crosthwait. Selvidge and Dickinson would collaborate on numerous projects throughout their enduring friendship, but the 3 Mudboy albums were among the most original of that partnership. Bob Dylan even referred to them as "the great band that nobody can find."

While living in Memphis during this time, Selvidge also taught anthropology at Rhodes College and helped found Beale Street Caravan, an internationally syndicated blues radio program heard on over 500 stations around the world. Even with his performance and recording career, Selvidge still remains heavily involved at BSC, serving as executive producer since its founding.

In 2002 Selvidge signed to Memphis label Archer Records, which released A Little Bit of Rain the following year. Recording was a family affair, with Selvidge's son, Steve (The Hold Steady) joining on guitar, along with Jim Dickinson on keys and his son, Luther (North Mississippi Allstars, Black Crowes) on slide guitar, and old pal Jimmy Crosthwait on washboard. Upon hearing the record, David Fricke of Rolling Stone couldn't hold back his praise, declaring emphatically "Sid Selvidge is a precious treasure."

Not long after Rain, Selvidge and Dickinson teamed up for the international "It Came From Memphis" tour. After selling out venues like London's Barbican Theatre, Selvidge returned home to capture a similar performance. Thereafter, Archer released the CD/DVD Live From Otherlands, an intimate concert at the local favorite coffeehouse. Critics praised Selvidge's incomparable vocal qualities and gift for furthering the legacy from which his songs are born. "With a voice as smooth as Kentucky corn liquor and a guitar tone as smoky as Tennessee barbecue, Selvidge keeps the Memphis music tradition alive," announced Guitar Player.

Sid recently entered the Archer Records Music + Arts Studio again, cutting songs for what will be the 8th solo record of his storied career, and his 3rd for Archer. The album was produced by Don Dixon, whose credits include the first two REM records, Murmur and Reckoning, as well as sessions with such household names as Joe Cocker, Mary Chapin Carpenter, The Smithereens, Counting Crows, and Hootie and the Blowfish.

The forthcoming album, I Should Be Blue, will combine some familiar players, including son Steve and drummer Paul Taylor (Chuck Prophet), but will also feature four duets with Nashville-by-way-of-New York singer/songwriter Amy Speace. Discovered by Judy Collins and signed to her Wildflower Records imprint, Collins calls Speace "one of the best young songwriters in America." Both her 2002 debut, Fable, and 2006's Songs for Bright Street met with warm support in the U.S. and European press, where she has developed a strong touring base for her heartfelt confessional tales. Paste Magazine called Speace's latest release, 2009's The Killer In Me, a "resolutely hopeful take on heartache and loss?beautiful lyrics are spun with a soulful, husky voice that lilts like a country sweetheart but mourns like Leonard Cohen." Selvidge's I Should Be Blue will offer her an opportunity to debut her original tune, "Two", as well as provide harmonies throughout.

I Should Be Blue