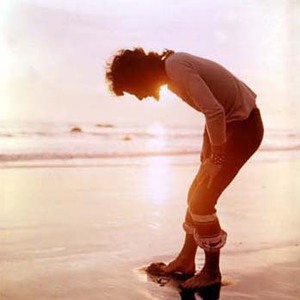 Cat Stevens (born Steven Demetre Georgiou in London, England on 21st July 1948, and now named Yusuf Islam) is best known for his work as a popular British folk rock musician, although born and raised by a Cypriot father and a Swedish mother. At the outset of his musical career, Georgiou adopted the stage name "Cat Stevens", under which name he sold forty million albums, mostly in the 1960s and 1970s.

Stevens became a convert to Islam in 1978 after a near-death experience. He adopted the name Yusuf Islam and became an outspoken advocate for the religion. Following his conversion, Yusuf abandoned his previous career as a pop star, with which he had always been uncomfortable. Song and the use of musical instruments is an area of debate in Islamic jurisprudence (law) and is the primary factor Cat Stevens retreated from the pop spotlight. At one point he wrote to the record companies asking that his music no longer be distributed, but his request was denied. Following Ayatollah Khomeini's February 14, 1989 death fatwa against author Salman Rushdie, he made statements that were interpreted as endorsing the killing of Rushdie. On February 21, 1989, Yusuf Islam addressed students at Kingston University in London about his conversion to Islam and was asked about the controversy in the Muslim world and the fatwa calling for Salman Rushdie's execution. He replied, "He must be killed. The Qur'an makes it clear - if someone defames the prophet, then he must die."

He released a series of low-profile spoken word albums throughout the next few decades, but only truly returned to the pop arena in 2005 with the new song "Indian Ocean", as well as a number of notable benefit performances. In November 2006, he released his first pop album in 28 years, entitled "An Other Cup", filled with music quite reminscent of his 1970s sounds, though with a more obvious spirituality.

He released a new album in 2009 called 'Roadsinger' and features Paul McCartney, Dolly Parton, Michelle Branch, Gunnar Nelson and Terry Sylvester among others. It is a return to his well loved 'Cat Stevens' sound.