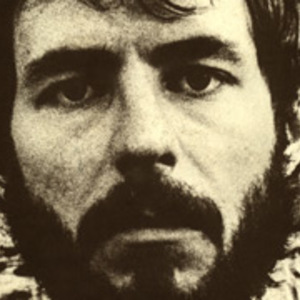 Jesse Winchester is the stage name of musician James Ridout Winchester (born May 17, 1944, in Shreveport, Louisiana). His best-known songs include "Yankee Lady", "The Brand New Tennessee Waltz", "Mississippi, You're on My Mind", and "Biloxi" - and "Step by Step" was used in the final episode of HBO's 'The Wire's first season. Winchester was born in Bossier City, Louisiana, his father being stationed at Barksdale Field.

Winchester was born in Bossier City, Louisiana, his father being stationed at Barksdale Field. He was raised both in the country (on farms owned by his parents) and in the city of Memphis, Tennessee, and attended Williams College in Williamstown, Massachusetts, graduating in 1966. After touring Germany and upon receiving his draft notice in 1967, Winchester relocated to Montreal, Quebec. He became a Canadian citizen in 1973, and married his first wife Leslie. After many years in Montreal and after his divorce, he established his personal studio at Saint Georges de Beauce, Quebec and resided there for some years before moving back to Memphis in 2002. Married to his wife Cindy, he now lives in Charlottesville, Virginia. Winchester has three children from his first marriage, Alice Evangeline, James Ridout and Marcus Lee.

After playing with the Astronautes in Quebec, and while appearing as a solo performer in coffee houses throughout eastern Canada, he was introduced to Robbie Robertson (then of The Band ) and Albert Grossman (then manager of Bob Dylan). Winchester made his first album, the acclaimed "Jesse Winchester" (which included his classic 'Yankee Lady,' 'Brand New Tennessee Waltz,' and 'Biloxi') with Grossman as his manager and Robertson as producer, which was released on the Bearsville label. He subsequently toured in Canada as an opening act for The Band. Jesse went on his own road tour of Canada in 1973-74 along with drummer Butch McDade of the subsequently formed Amazing Rhythm Aces. He has completed tours of both Australia and Europe as a performing musician.

Winchester has recorded sporadically on several labels since 1970. Unable to tour in the U.S. until the 1977 Carter amnesty, he has become best known for his excellent songwriting, despite being an equally accomplished singer and guitar and Keyboard player.

Commonly referred to as 'legendary', and acknowledged as one of the premier tunesmiths of the late twentieth century, his songs include "Yankee Lady", "Rhumba Man", "The Brand New Tennessee Waltz", "Mississippi, You're on My Mind", "Defying Gravity", "Freewheeler" and "Biloxi." They have been recorded by numerous artists including Patti Page, Elvis Costello, Jimmy Buffett, Emmylou Harris, Joan Baez, Jerry Garcia, Jerry Jeff Walker, Wilson Pickett, Jimmie Dale Gilmore, Reba McEntire, David Ball (country music), Bonnie Raitt, Everly Brothers and Brewer & Shipley but his self professed favorite rendition of any song covered is that of Ed Bruce in his rendition of "Evil Angel".

Winchester's song "Step by Step" from Let the Rough Side Drag was used in the final episode of HBO's 'The Wire's first season.

While there is grace and gentle humor in Winchester's writing, his body of work also reveals an undercurrent of darker forces. His vantage point is often that of the outsider, longing for the South, restless, and willing to betray those he loves for the freedom of the road. The protagonist in Yankee Lady callously abandons the woman who takes him in, just as the singer in Freewheeler warns that he "would ride rough-shod over lovers...time and time again." Temptation and the eternal struggle between good and evil converge in Evil Angel, "first you start 'em with a little...'til they just can't get enough."

Jesse Winchester studied German and philosophy as a young man, and his introspective nature is disclosed by his many references to life's essential dualism: "if you know you're weak...that's what makes you strong"(That's What makes You Strong); "if I were free...I'd run and lock myself away with you"(If I Were Free); "but one day the high must lay low" (Defying Gravity).

As a consequence of sporadic album releases, there has been a high demand for his work leading to multiple releases of unauthorized recordings. Like many other artists, Winchester has taken a strong stance against the release of so called Bootlegs and actively urges his listeners to support only the "Original thing".

The Best Of Jesse Winchester

A Touch on the Rainy Side

Live At The Bijou Cafe (Vinyl)